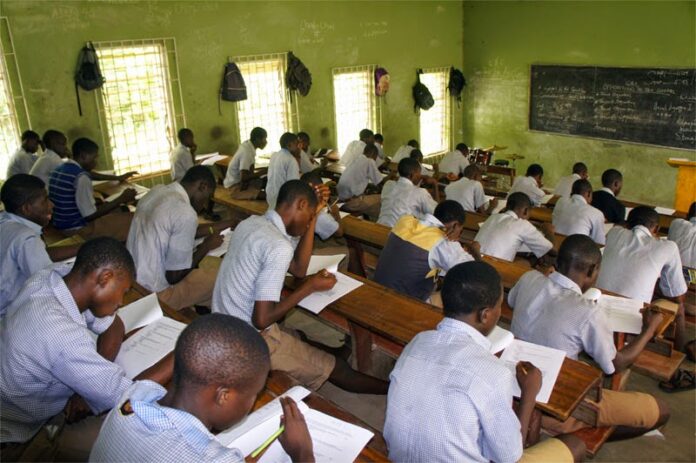 …As examination board increases registration fees to N18,000

The West African Examinations Council has announced that results of 170,146 candidates 81.7 per cent candidates have been withheld for investigation.

The Head, Nigeria National Office, Mr Patrick Areghan, said this while announcing the release of the WASSCE result on Monday.

“The results of 170,146 candidates, representing 10.9 per cent of the total number of candidates that sat the examination, are being withheld in connection with various reported cases of examination malpractice.

“The increasing use of cell phones in the examination hall and organised cheating in some schools are other big concerns. All the cases are being investigated and reports of the investigations will be presented to the appropriate committee of the Council for determination in due course,” he said.

He said that there was an appreciable 16.46 per cent improvement, saying the percentage of candidates in the category in the WASSCE for school candidates, 2020 was 65.24 per cent.

Areghan mentioned that out of the 1,560,261 million candidates that sat the examination, 1,398,370 million candidates, representing 89.62%, obtained credit and above in a minimum of any five subjects (i.e with or without English Language and/ or Mathematics.

WAEC Head of National Office (HNO), Mr Patrick Areghan, made this known while announcing the release of results of the 2021 WASSCE for school candidates on Monday in Lagos State.

Areghan said the increment was due to the unabating spiral inflation in the country, worsened by the devastating effects of the COVID-19 pandemic.

“As can be seen, in the general cost of doing business and the multiplier effect of insecurity in the country which have consequential effects on the cost of our operations, it is no longer possible to continue to provide services with the current fee of N13,950 per candidate.

“We have received approval from the appropriate quarters with effect from the WASSCE for School Candidates 2022 to charge N18,000 per candidate.

“We are, therefore, asking all schools principals to collect N18,000 per candidate for registration.

“Any amount beyond this ceiling will not be to our consent or knowledge and will definitely not come to the purse of the West African Examinations Council,” Areghan warned.

The WAEC boss noted that a part of the new fees would go into remunerations enhancement for the various examination functionaries with effect from 2022 as approved by the council’s Governing Board.