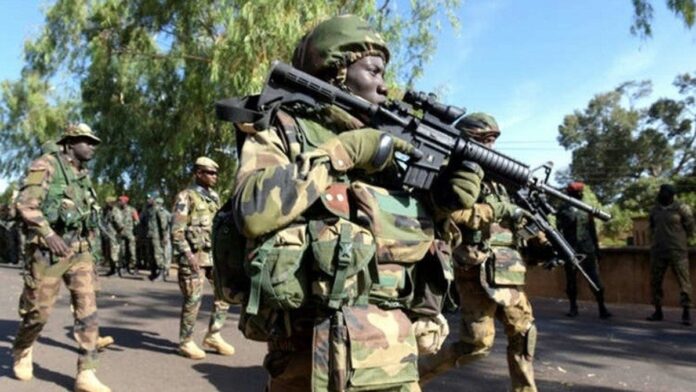 Over seven ISWAP elements were reportedly neutralized by the Nigerian military on Saturday, following attempt to enter Maiduguri and a successfully repelled at Kumshe general area of Maiduguri, the Borno state capital in northeast Nigeria.

The attack according to security sources could have been a disaster for the Maiduguri residents.

A resident of 777 Housing Estate said on Sunday that there was also heavy explosions and heavy exchange of gunshots behind the estate.

He said the incident started at about 10:15pm and lasted for several hours even as residents of Pompomari, 777 and 1000 Housing Estates also confirmed the heavy blasts and gunshots.

Residents said they could not sleep following the explosion and gunshots as families gathered to pray for God’s intervention.

“We could not sleep. My neighbour ran with his family to my house. We were all seated until morning. It reminded us of all the past because for some time now we have not heard such experience in Maiduguri.” Saleh Usman, a resident said.

A security source who shared a video with journalists said It was God that has been protecting Maiduguri.

“Safety is of God. We were put on alert following the earlier attack around Kumshe where our troops fought gallantly and overcome the terrorists who tries to forcibly enter the town.

“The war is still on. Yesterday over seven of them were killed. But they keep regrouping and plan attack after attack. We always hear of their plans and we are always on alert for any attempt by these criminals and God will always protect us all,” he said.