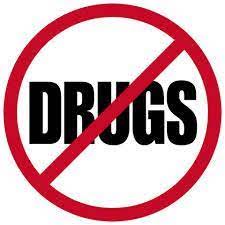 The mere mention of the phenomenon of drug abuse in Nigeria would send signals of warnings when consideration is given to the impact analysis the phenomenon poses to societal formations and coexistence. The preponderance of criminal dispositions have been established to be holding strong strings to the rise in the pervasive abuse of hard drugs. Reports of the campaign profile against trafficking of hard drugs have established the depth of transactions exchanging hands over the sharp practice.  The illicit trade of hard drugs have over time grown clandestinely with transactions worth billions of naira. The value of hard drugs seized in recent time by the National Drug Law Enforcement Agency (NDLEA) in continuous operations to clampdown on drug traffickers, evidently reveals the expansive network of hard drug transactions in the Country.

The expansive dimension which the trade chain of hard drugs is assuming, has been accompanied with deepening consumption of hard substances. It is more mind-boggling the rate at which young Nigerians are increasingly giving-in to drug abuse. The rate of the abuse is gradually becoming more pervasive among adolescent-teens and pupils even in primary and secondary schools. The trend is becoming troubling when consideration is given to the future impact of the menace, especially given perspectives to the preponderance tendencies of such abuse when young folks particularly adolescent-teens mature with the sense of abuse of drugs. The evil only presents a society saturated with drug addicts and barons who would pose powerful threats to peaceful coexistence. The tendency of passing same habits to children who would grow to inherit such threatening proclivity becomes perceivable. The profile of abuse of drugs among pupils is fast expanding to break down the guiding barricades of perception frowning at such dispositions.

On Tuesday, the United Nations Office on Drug and Crimes (UNODC) had mentioned that 14.4 per cent of Nigerians are presently engaged in drug abuse. According to the UNODC Country Representative to Nigeria, Mr Oliver Stolpe, the trend portends negative threats to the future of the Country.  Stolpe who spoke in Abuja at the third National Youth Conference on Drug Abuse organised by a Non-Governmental Organisation, the Centre for Ethical Rebirth Among Nigerian Youth, said that 27.7 per cent of the 14.4 per cent of those concerned were youths who should face their studies. He was quoted: “One in every 10 drug users is a woman; this has affected women and girls proportionately. Data collected around the globe suggest that this has elevated cases of Gender Based Violence. We must take decisive action in order not to make us lose their sight.”

Moreover, the Chairman, National Drug Law Enforcement Agency (NDLEA),  Brig.-Gen. Mohammed-Buba Marwa, who was represented by the NDLEA Director of Publicity, Mr Femi Babafemi, had mentioned that the statistic of Nigerians suffering from drug related issues was troublesome, adding that there was need for perpetrators to take a new life.

He was quoted: “The UNODC reports show an alarming trend; our country has one of the highest drug prevalence in West Africa. The drug use prevalence in Nigeria, for ages 15 to 64 is approximately 14.4% which is almost three times the global drug use prevalence of 5.5%. What is the implication of this figure? It means drug abuse is almost getting to an epidemic proportion. The World Drug Reports for the last two years identifies cannabis as the most abused drug. Our National Drug Use Survey in 2019 reveals that over 10 million people abused cannabis in one year.”

It is imperative for the Government to become more insightful on the dangers that the expansive tendencies of drug abuse pose to the future of the Nigerian society. It is no doubt that the pervasive rate of crimes ravaging the Country currently, have presented situations which have overladen governance with burdens of discordance. The pressure mounting on the Government from cries of demands on it to restore peace and order, which forms integral part of its primary duty, have not ceased. Just as the Government has several other duties, responsibilities and obligations to fulfill, being overwhelmed by circumstances from pervasive collisions of ills are undesirable distractions. It is evident that the manifestations of the offsprings of the brewing circumstances from these ills have constituted forces of confusion frustrating the Government from making headway to addressing statehood matters of broad concern. The complications from the myriads of discordances brewing from the compounding ills have apparently posed the Government to a state of pressure where it is apparently perceived handicapped.

It is important for the Government to begin to shed the burdensome weight pinning it down from performance by strategically addressing the roots of elementary distractions which have been frustrating developmental efforts. The preponderance of crimes in recent time with the associated circumstances of disorder compounding to frustrate governance, is a force to put to check in such consideration. Since, abuse of hard drugs has been established as a propeller of criminal dispositions, it is imperative for the Government to strategically muster efforts towards addressing the menace. It behooves the Government to coordinate intelligent and strategic efforts synchronised under an overarching construct of response to ground the network of hard drugs in the entirety of its production and consumption flowing chain. In this construct, the need to craft out intelligent modalities to develop perceptional resistance against the menace is important. Developing such perceptional campaign in manners that appeal to age groups from adults, youths, adolescent-teens, to pupils, is paramount. It is therefore important to work with opinion leaders, strategic societal gate-keepers and thought moulders to strengthen advocacy against the menace. Hence, such approach demands high density of constructive intelligence.

Constitutional review: Awakening to emerging realities in the configuration of the Nigerian Federation