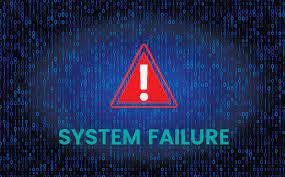 Accountability profile from among institutions of government in Nigeria has been a major topical issue when consideration is given to the assessment of governance in the Country. The poor profile of this principle of governance constitute one of the defective characters making the definitions of good governance in the Country a facade. The rate of recent probes by the National Assembly have continued to reveal resounding gaps of unaccounted and/or non remitted public funds from several Federal Government Ministries, Departments and Agencies (MDAs) The call to answer before Investigative panels of the Parliament has occasioned records of several narratives of gaps of unbalanced records. The inability of these MDAs to proffer explanations on sight before the panel at most instances has left nothing behind the scene but perceivable sensations of ill practices. The ready acquaintances of the pervasive culture of corruption in the Country, will leave many with no choice than to readily conclude prima facie, any of such lacuna as a case of mismanagement, misappropriation, laundry or any likely corrupt practice.

It was disheartening when the Nigeria Police Force (NPF), on Tuesday was found in the same claws of inability to proffer a clean report of financial obligations on proceeds it recovered from crimes. The failure to proffer explanations to identified lacuna before the Parliament, is evidently reflective of the existence of the defective character of the poor accountability profile also within the Police structure. The NPF had on Tuesday appeared before the investigative hearing by the ad-hoc Committee of the House of Representatives investigating the assessment and status of all recovered loots, movable and immovable assets from 2002 to 2020.

However, the inability of the Force to account for the sum of $7.5million, being a part of the N37.5million recovered by the security agency in 2017 as proceeds of crimes, sends signals of foul play. The inefficiency had caused the Adejoro Adeogun (APC-Ondo) led panel after berating the representative of the Inspector General of Police, DIG D. O. Ogbunike, to demand the Force to disclose the whereabouts of the funds, with requests for details on another N360 million recovered as bribery from 26 Independent National Electoral Commission (INEC) officials who conducted the 2019 governorship election in Rivers State.

The Police had admitted before the panel to a lodgment of only $30million in a Central Bank of Nigeria (CBN) account, from the total proceeds, but however, failed to account for the balance of $7.5million. It also failed to account for how a document submitted before the committee claimed that on March 10, 2017, separate amounts of N4.198million,  N26,714,224.195 and  N3.85billion were lodged by the Police, but did not reflect in any account at the CBN.

The lawmakers who accused the police of a lack of recovery account to remit proceeds of loots, had mentioned that the attitude of the Police “gives the impression that police just pays tithes from recoveries.’’ The Chairman of the committee had queried in quote:  “Does the Inspector General of Police give monthly returns on items recovered as proceeds from criminals?  From our findings, the Police system is too opaque. The system makes stealing easy; it does.’’

It is incontestible that the working patterns of several government institutions in the Country are by and large deficient in administrative formations. The working characters of these institutions appear to be largely inconsistent with the provisions of good governance. The pervasive clustering of these inefficient tendencies of inaccuracies in accountability has been a bane which continue to frustrate good governance in the Country. It is lamentable that such tendencies have established their roots within the Police structure which ordinarily should be at the vanguard of expounding sanity with breath of impeccable standards.

The rot of the operating systems of Government institutions — Ministries, Departments and Agencies (MDAs) — ridden with administrative deficiencies of inaccuracies remains a distraught which is largely inimical to development in the Country. The poor standards and culture of accountability in governance as spread across all the formative organs of the Government, have left lacuna rotting the character of governance in the Country. This defective characters have formed the basis for corruption which has become endemic to the system of governance in the Country.

The necessity to keep in touch with rising realities in response to the need to address compounding challenges in the Country is paramount. The challenges posed before the Country have clustered too strong without responsive systems to address them appropriately. The necessity to overhaul the prevailing system of administration across all MDAs to bear reflexes of administrative proficiency towards good governance remain sacrosanct. The necessity towards redefining the working patterns of the prevailing systems to imbue them with sanity is imperative for Nigerians to begin to enjoy the benefits of good governance against the experience of untoward hardship which has partly been a product of administrative deficiencies which have created the drilling holes of corruption.  The devastating effects of these shortcomings have continued to ravage the Country with compounding negativities, and thus calls for pragmatic metamorphosis for a change in narrative.