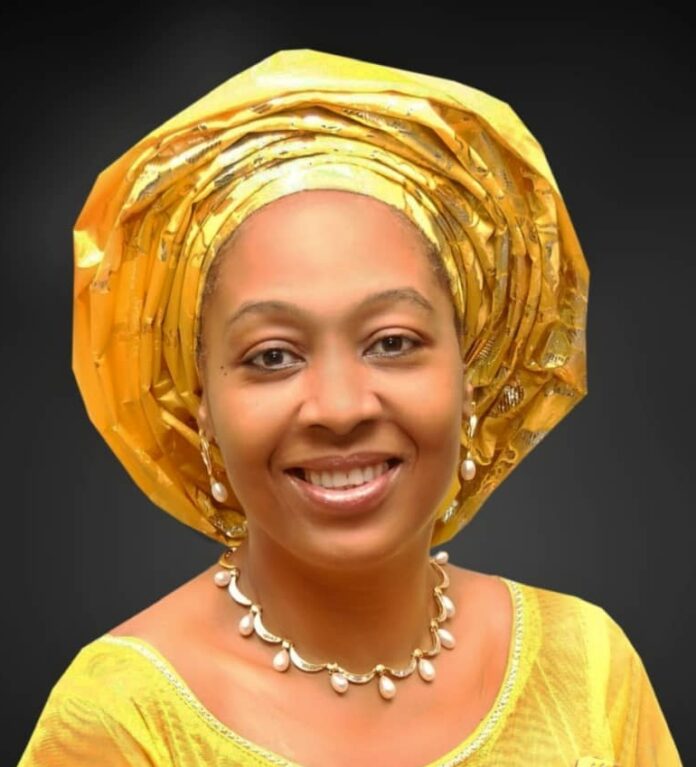 Lady Chidi Onyemelukwe s a lawyer and aughter of Second Republic Vice President-Alex Ekwueme, In this Interview With JOSHUA ELEKWACHI she speaks on her vision and why she wants to be the governor of Anambra State. Excerpts:

Security in Anambra and other parts of the South-East has worsened considerably. Do you see it as a failure in leadership? How are you going to address the issues?

I and most Nigerians I’m sure,  are deeply perturbed and troubled by the rising insecurity across the nation. What we are witnessing in the South-East, and indeed in most parts of the country, is worrisome and must be prioritized by any purposeful government.

Security, for me, will be a top priority. If given the opportunity, our administration shall implement fully, the government’s responsibility to protect life, property, economy, institutions, community and environment in Anambra state. From my perspective, sustainable security requires continuous robust action; not ad hoc measures or one-off events. Our approach will be multi-pronged. Booths on ground where they should be, open acknowledgement of the stressors, concerted mediation efforts and a strong commitment to broaden economic opportunities for our people.

It has been alleged that public schools in Anambra don’t have adequate teachers. What are you going to bring onboard to give a face lift to the educational sector of the state?

No society can fully develop without qualitative and affordable education. There is a nexus between absence of free education and the 13 million out of school children in Nigeria. That is why education is a priority for us. We have publicly undertaken to devote the United Nations’ prescribed budgetary allocation of 26% to education. Through education, we shall promote the welfare of Anambra youths by consolidating employment and empowerment. Our educational policies shall be e-based, assertive and human-development driven. We shall invest aggressively in primary, secondary, vocational and tertiary education. Primary and secondary education will be mandatory and free up to junior secondary school level. This is to lower Anambra’s quota of out-of-school children and dropout rates. It’s ironical that our schools still train children for jobs that no longer exist. We intend to work in concert with relevant education and development partners to tweak our school curricula to meet today’s realities. We will accord priority to vocational education; that way our school leavers can be equipped with problem-solving, hands-on and in-demand skills that will enable them compete favourably in this 21st century global marketplace.

Awka, the capital of Anambra state is said to be congested and poor looking. How best are you going to clean up the city to be befitting of a capital city?

Someone I respect highly once describe Awka as “a glorified village.” That is painful. Since governance is a continuum, our administration, if given the opportunity, will revert to, and implement, in phases, the Capital City Master Plan and other such plans already in place. The Awka Capital Territory is quite vast; we will adopt a concentric approach, making the outer circle the residential suburbia and the core the operational orbit. Our preferred model of development will not be to concentrate resources on a few urban areas to the utter neglect of other areas. Awka, and other emerging Anambra cities will be given their due attention, but deliberate efforts will be made to equitably distribute available resources and to develop all parts of the state simultaneously.

Let us discuss politics. You are jostling for the ticket of your party with assumed money bags and men with long legs. What are your chances?

Anambra has a lot of billionaires and millionaires. Yet, nobody in Anambra today, not in my party the PDP, nor in any other political party, can make him/herself governor solely off the strength of his/her personal resources. I don’t believe public office should go to the highest bidder. There is a downside to over investing to win a political office – the net result is to first recover funds invested, to the detriment of public interest programmes. Becoming a governorship candidate and then a governor elect is a feat that can only be achieved by collegiate and all inclusive efforts. What this tells you is that the candidate that emerges might not necessarily be the one perceived to have the deepest pockets. Money will play its role, but by and large the coming elections will go the way of the one who is able to mobilise broad support and acceptability with diverse power blocs. Moving forward from where we have found ourselves, Anambra requires a level-headed, executively exposed, capable person of integrity to steer this ship to greater heights. With respect to your reference to “long legs,” I have said before that there are no legs longer than those of my father in heaven. Those legs,  after all, stretch from heaven down to earth which is His footstool. He alone plants and removes kings, and in addition no pockets are deeper than His. On Him alone I depend, and therefore you can see my chances are very bright.

Women are normally said to abandon their fellow folk in an election, are you experiencing the same fate?

No, that’s not my experience. The women folk are very excited about this project. But there is a price to pay, and I am clear-headed about that. Sentiments may play a part, but it will be totally irresponsible for me, or indeed any woman running for public office to assume that women will vote for us because of the mere fact that we are of the same gender. That’s not how it works. People follow leaders who they can trust – leaders they perceive to have the willingness and ability to lead them to where they aspire to go. Moreover, the kind of support one needs to have in order to serve at the level we intend to serve cuts across gender, religious, partisan and even generational divides. That is why we are ramping up our consultations across board, to better communicate our vision and to drive support for it. So far, it has been an exhilarating journey.

Your party has been out of power in Anambra for almost 15 years. To make it worse, your party is now also out of power at the centre? Do you see Ndi-Anambra voting against APGA this time around ?

Your assertion about my party not being in power is partly true, yet the coming election PDP is the party to beat. All the cards are now on the table. Ndi Anambra have seen the best the ruling parties have to offer, both at the state level and at the centre and our people are yearning for a better life. PDP’s chances have never been brighter. All eyes are now on the party to nominate a credible candidate that can unite the party after the primaries and galvanise to get the mandate of our people to restore Anambra on the right path of greatness.

In a normal build-up to any electioneering exercise, negotiation and horsetrading will ensue, will you step down to support a consensus candidate if asked to step down by the stakeholders of the party and will you support anyone that emerges after the party’s primaries as candidate of your party?

I did not enter the governorship race on a whim. I was in the race in 2017 and was one-half of the candidacy ticket. I am in this race with all my heart. I have heard snide remarks that I am running to be nominated as a deputy governorship candidate, others say I was recruited to play the spoiler. Such insinuations are untrue and distracting. I am approaching the coming primaries, and indeed the general election, with every sense of seriousness and diligence. I have already mentioned to you that several layers of consultations are ongoing. Those are expected to continue in the coming weeks. In all, the party is supreme. PDP needs to nominate a candidate with clean records, a candidate who enjoys broad acceptance among the different power blocs within the party, and across the three zones in the State, and a candidate who is committed to the party, to the people and to God.  I offer myself to Ndi Anambra anyi as that person.