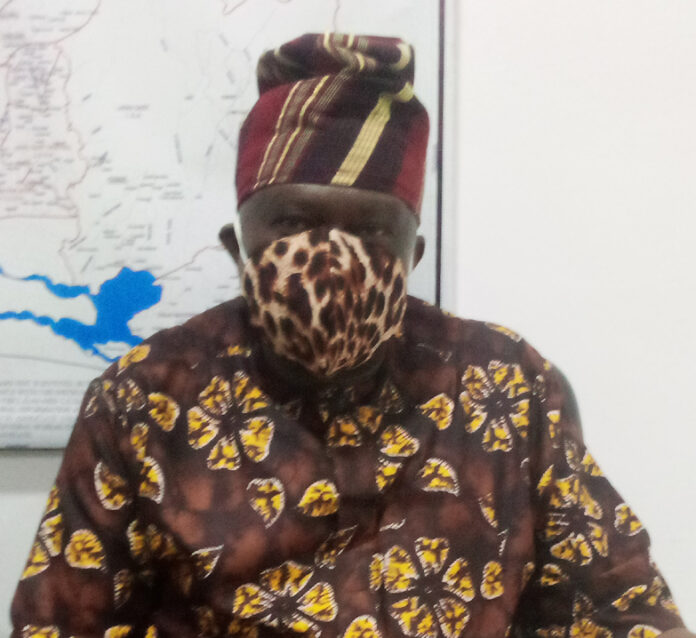 In this interview by BANKOLE TAIWO, the Commander of Ogun State Security Network otherwise called Amotekun, CP Dave Akinremi (rtd) speaks on the readiness of the security outfit to combine forces with other security agencies to ensure that the people of the state sleep with their two eyes closed.

Well, we are about three weeks old. The Amotekun Corps was inaugurated precisely on April 1st and the trained operatives have been deployed to the communities where they have been selected. The training is in batches and for the first batch, we trained operatives in six local governments of Yewa North, Ipokia, Imeko Afon in Ogun West Senatorial district and Ijebu Ode, Sagamu and Ijebu North in Ogun East and the choice of these local governments was due to their volatility as at the time the corps was taking off. We are really on course

But we seem to be having increase in kidnapping cases in Ogun in the last one month, is it that these criminals are challenging the coming on board of the Amotekun or what?

No criminal will dare us and go scotfree because we have been adequately trained to do the job and do it well. Yes, you may be right about the rise in kidnap cases but we are not resting on our oars and don’t forget that this is a national issues. Be that as it may, they are challenges we are ready to take on headlong and I can assure you that we are ready to offer our best and get these criminals out of the state, so we are equal to the task.

With the coming on board of the Amotekun, what should the people of Ogun State be expecting?

I know that the expectation is very high, everybody wants to sleep with their two eyes closed, they want to go about their businesses without being molested, they want to go to their churches, mosques without the fear of being kidnapped, they want to see serious changes in the security architecture of the state. We want to assure them that Amotekun Corps will live up to its billing. One thing I also want request from the members of the public is their support and cooperation, Amotekun should not be seen as being in competition with any other security outfit but as partners. We are out to complement efforts of other security agencies. One thing I also want the people to do is to own Amotekun Corps, they should see it as their own and work for its success. This is the reason why the operatives of the Amotekun Corps are picked from the community where they reside and are very familiar with. They know the people living in their community, they know those who are criminally minded, people of shady character. So, when the people own this security outfit, they will be ready to support with information that could assist, when they see something, they should please let us know, there is need for so much collaboration with the people. On our part, the people should also know that we have come to serve and they can bank on that

There is So-Safe Corps and Vigilante Group of Nigeria, what sort of relationship does Amotekun has with these local security groups?

I have just told you that Amotekun Corps is not in competition with any security outfit but rather to complement one another. For instance, So-Safe Corps is a creation of the state government while VGN as we speak is more of an NGO. So we are all in this business of securing the state together. Quite a lot of Amotekun Corps are from So-Safe Corps and Vigilante, so we are all one big family that will always work together to make Ogun State safe for everyone.

So, how many more local government do you still wish to cover before the end of the year?

But what would you say has been responsible for the growing insecurity challenges?

You see, crime and criminality are very dynamic, the more a society grows, the greater its security challenges. Look at what is happening in developed world like US, with all the technology, they still have all manner of insecurity problems that makes you wonder what is happening. Recently, in US you will remember that the rioters even over run the police at the Capitol building, so the advancement of a society tends to come with its increase in the security challenges. However, the ability of the security agencies to nip some of these security breaches in the bud will surely help a great deal and that’s why Amotekun is essentially an intelligence gathering outfit. The core mandate of Amotekun is to be at the nook and cranny of our communities and get to know who is doing what, who is about doing what, it’s about taking the war to the criminals’ door steps, so that even before they strike, the criminals are already rounded up.

Are you reassuring the people of Ogun State that all these incidents of kidnapping and others will soon become history?

By the grace of God because, the governor of the state, Prince Dapo Abiodun being a compassionate leader that he is has continued to show strong commitment and dedication to strengthening the security architecture of the state. We shall continue to leverage on support with other security agencies in the state to make it safe all.

What is the role of the traditional rulers, Community Development Associations in seeing to the success of the Amotekun?

Well, the laws that established Ogun State Security Network otherwise called Amotekun Corps gives roles to the traditional rulers and the Community Development Associations, in fact, the traditional rulers and CDAs are on the board of Amotekun, this is to reinforce the fact that it has always been the intention to carry everybody along in the business of securing the state. We have even been talking to some of our royal fathers, though, unofficially, but very soon, we shall be going around the State to meet with our traditional rulers and CDA members to tell them the need to own this security outfit and make it a successful and enduring panacea to crime fighting in the Southwest.