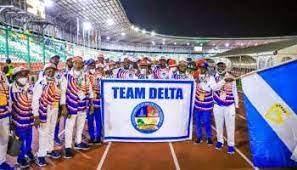 Team Delta has as at Friday been dominating the medals table of the swimming event at the ongoing 20th National Sports Festival (NSF) tagged “Edo 2020”.

Reports state that a total of 27 events from the scheduled 42 have been concluded in the swimming competition, with the setting of new records

Delta are closely followed by Bayelsa, with a total of 23 medals comprising nine gold, six silver and eight bronze.

Festival hosts Edo have two gold, 10 silver and seven bronze for a total of 19 medals to stand fourth on the table, while Kano state have one gold, four silver and two bronze medals.

Cross River and Gombe appeared on the table but without any gold medal.