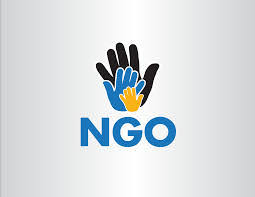 Reports state that the foundation, was established to join the fight against human trafficking, Sexual/Gender and Domestic–based violence.

The foundation is also equipped to provide advocacy and awareness creation, critical humanitarian, pro bono legal and financial support as well as vital interventions for victims of human traffcking, sexual and gender based violence.

Okah-Donli who is also the Chairperson, UN Voluntary Trust Fund for Victims of Trafficking (UNVTF), made the call in a statement issued by Miss Martha Adegbe, of the Roost Foundation, while addressing participants at the ongoing NSF in Benin.

”We decided to storm this festival with our partners, the Edo task force on human trafficking and volunteers made up of experts and counsellors to sensitise officials and participants on issues relating to human trafficking through the use of sports.

“Our findings revealed that human traffickers now use sports to lure and traffic our youths.

”They are deceived into believing that there is a sports academy waiting to sign them on in the destination Countries,” she said.

She further warned that a large number of youths, who were trafficked as sport fans in the past, were still suffering across the world.

”The menace is monster that requires strategic non-kinetic approach to achieve the desired result,” she said.

She noted along with 500 anti human trafficking volunteers that the youth constitute the larger part of the country population, and that they must be adequately enlightened with two-fold counter trafficking messages.

The two-fold counter-trafficking messages she disclosed are the evil associated with human trafficking and irregular migration as well as the alternative life lifting initiatives and schemes available for them in the country.

She warned the youth at the sport festival against sporting trafficking, adding that traffickers could approach them with different components of sport, all in the aim of winning the heart of their victim’s.

“I wish to commend the Federal Government of Nigeria and specifically our dynamic Sports Minister for making the much expected National Sports Festival a reality.

“This year’s festival is very unique and important to the youths because it helps them to relieve the much compressed boredom occasioned by the COVID – 19 lockdown.