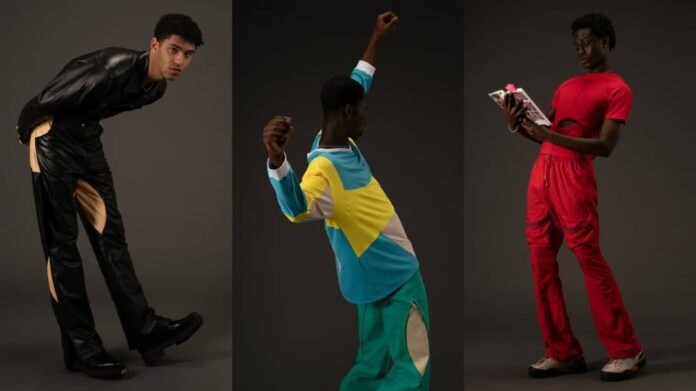 Hello Fashionable! In this week’s article, were going to be delving into the source of inspiration for one of Nigerian’s top designer for menswear, TaofeekAbijako.

Every designer has unique inspirations and references that ground their work. For Taofeek Abijako, the reoccurring obsession that fuels all of his designs are books: with his Brooklyn menswear label, Head of State, Abijako constantly imagines clothes that some of his favorite novel characters would wear and then brings them to life.

“It’s a combination of the characters in the books and the author’s approach to writing, that inspires me”Abijako says.

Before moving to Albany in the U.S. from Lagos, Nigeria, in 2010 (his family won visa lottery), Abijako first got interested in Fashion by watching his father, a fashion designer, work in his studio.

“People from all ethnic backgrounds were welcome in this space and I saw this space where there were no limitations to fashion,” he says.

In High School in the U.S., he self-taught himself how to sew and slowly began selling pieces to friends and family, eventually launching ‘Head of State’ as a full-on brand.

Today the line continues to fuse hi Nigerian Roots with an American sensibility.

“I always tell people to come with an open mind about what they think African fashion is and then get rid of that in your head,” Abijako says.

“The silhouettes are heavily inspired by the West African traditional wear – there’s this idea of volume and A-shapes but you can see the Western inspiration with the sport and utilitarian pieces.”

One of his on-going inspirations, he says is, post-colonial youth culture Africa, because it’s a marriage of traditional way of living and Western imposition. That marriage creates a new language.

Sustainability is another big aspect of the brand.

“I grew up on the mainland in Lagos and there was a lot of flooding and ocean waste coming in,” Abijaku says.

“I thought whatever I want to do with my brand, I have to be intentional with it and to not contribute to this.”

Right now, his line is about 70 percent made with sustainable fabrics. Building collections around whatever fabric he stumbles upon is enjoyable, rather than a hurdle.

“It challenges me as a designer to think outside the box,” he says.

Abijako’s Latest collection titled “Johnny just come” embodies all of these signatures. It was inspired by two of his favorite books by the late Nigerian novelist Chinua Achebe, No longer at ease and Chike and the River.

“A prevalent theme in Achebe’s novel is the intersection of African tradition and modernity, especially as embodied by western imposition”says Abijako. The designer says he connected with Achebe’s point of view when designing the new collection, as Abijako, too enjoys fusing his Nigerian roots with more American sensibility. “They are two coming of age stories and I see a lot of myself in them” he says about the books.