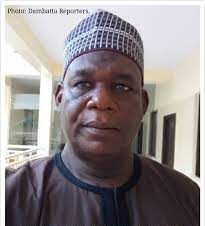 Nigeria is currently facing a triplet of experts, specialists and pundits in political, security and economic sorcery. They always predict doom for Nigeria. They are simultaneously trading their wares in a country they live and call home. But for which they do not wish well in their practice of sorcery.

Their devilish oracles tell them their untruths that Nigeria, home to over 200 million black people, will break up into an unknown number of tiny entities.

A sorcerer had the temerity to swear by the grave of his father that our fatherland will go to pieces in the next six months.

This type of malicious and wild prediction has been on the mercantiles of the sorcerers for decades, indeed, right from the day the country was stiched together in 1914. It has always failed woefully, just as the current and future bad wishes for Nigeria will turn to ashes.

The political sorcerers are not relenting and are even giving timelines in which Nigeria will be dismantled. Any form of deconstructing Nigeria will not augur well for anyone, including those who pay for the sorcery and financiers of the untenable deconstruction.

Politically deconstructed countries around the world such as Iraq, Sudan and Libya are in a cycle of turmoil and instability. The sorcerers that predicted heaven on earth after the disruptions of those countries are now biting their fingers.

The political sorcerers did not, and certainly could never have foreseen the catastrophic outcomes of the political destruction of Iraq, Libya and the division of Sudan into two countries. Nigeria and the 200 million residents who call it home do not deserve and should not be exposed to that kind of political recklessness as conceived by the devilish political sorcerers.

Even former President Olusegun Obasanjo, who seems in his letters to be a critic of the Muhammadu Buhari administration and fond of fanning embers of disaffection against the administation has warned that a category of Nigerians would suffer terribly should the country be splintered as hoped and prayed for by Robert Clarke, who some rate as an ignorant, confused and poorly-learned barrister at law. He should be stripped of his rank of Senior Advocate of the Supreme Court of the Nigeria he wishes to see dismantled in six months.

The security sorcerers are working jointly in a triangle of the devil by constantly denying that the country has successfully contained the insurgency in the North East.

Their fake oracles turned their sorcery in security matters into hallucinations by telling them that the so-called caliphate proclaimed by the Boko Haram insurgents still stands. In reality, it does not exist.

The sorcerers are trying to deceive gullible Nigerians into believing that everywhere in the country is barricated, with security checkpoints every inch apart. This observation and findings show that contrary to the evil wish of the security sorcerers such check points are now rare. Nigeria will become even safer.

The security forces are doing that to make sure that each of the 200 million Nigerians is freed from the fear of such criminals. And moves around doing their legitimate business in peace.

The security sorcerers have not seen how on daily basis Nigerian security forces display lethal weapons recovered from criminals of all hues. The security sorcerers whose blind oracles cannot show them how the police and other legitimate state agents are regularly mopping up illegal weapons and the seizure of container-loads of illicit war materiel at our borders and inside the country.

In another failure by the oracles to show the security sorcerers the reality, the Nigerian security forces have foreseen their negative prediction and warned them that they can not be infiltrated or divided into enclaves that can make them drop their guard as they do their job of making Nigeria safe. We have armed forces united in protecting our country.

Indeed, the security forces are busy developing a modest military industrial complex for the country. It has taken off, and much materiel needs for the armed forces are provided through domestic production. This the security sorcerers did not see. But it is real.

The oracle of the sorcerers cannot detect a civil war in Nigeria. There will be none. Those calling on Ndi Igbo in parts of the country to procure and keep guns for a looming war, will be disappointed foever. This is because those beating the drums of another civil war in Nigeria have been beaten by fate because Nigeria has not been forsaken by the Almighty God.

The third leg of the tripod of evil sorcery for Nigeria, which is on the economy, their oracle has equally failed. Their false and baseless characterisation of the Nigerian economy as camatose turns out to be off the mark. They have not heard of the resilient spirit of Nigerians. This positive spirit keeps baffling the world.

The performance of businesses threw the negative prediction of economic sorcerers into the dustbin. Because in addition to huge profits being declared unceasingly by businesses such as Dangote Cement’s N296 billion after tax profit in 2020 and BUA Cement’s N72.34 billion profit in the same year, MTN Nigeria announced a record full-year turnover of N1.3 trillion in 2020.

These and more results were achieved despite the strong economic headwinds caused by the COVID-19 pandemic which crippled most economies around the world.

While the economic sorcerers were envisaging economic doom for Nigeria and mouthing catastrophe for the citizens, Nigeria shamed them by exiting the recession that was majorly induced by the COVID-19 pandemic earlier than most countries. By every measure, this feat is testimony to the competence of the economic management team put together by President Muhammadu Buhari and the determination of most Nigerians to contribute to its economic growth. Many countries in the world are gropping for a way out of the recession.

As the sorcerers saw the mirage of economic failure and joblessness in the country, the impact of the economic diversification programme of the Muhammadu Buhari-led administation is reviving and expanding Small and Medium Enterprises, supporting the manufacturing and agriculcural sectors through more than one dozen initiatives and interventions by the Central Bank of Nigeria (CBN).

The economic sorcerers equally failed to hear from their oracles that Nigeria has attained more than 95 per cent sufficiency in domestic paddy production and processed rice to the extent that many rice-exporting entities are in economic pains because Nigeria is no longer rampantly and wastefully importing rice from them.

Overall, it is a source of joy that going by the preceeding paragraphs, the political, security and economic sorcerers who predict doom for, and an end to Nigeria’s existence, are lowering their heads in shame because their bad wishes for Nigeria will not materialise. Never.