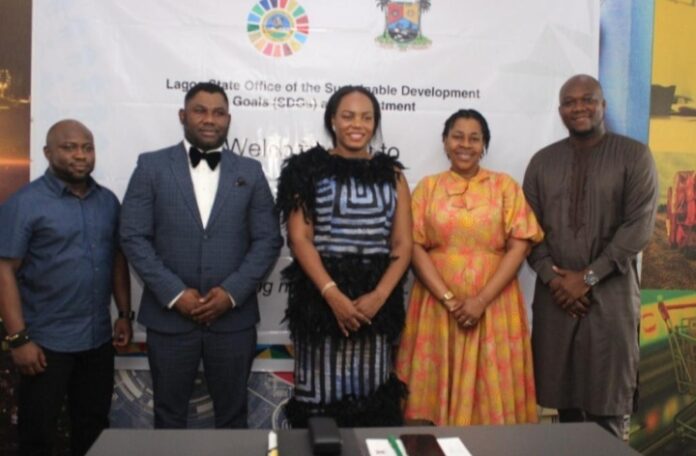 The Lagos State Government (LASG) has launched a franchise framework aimed at boosting the survival and expansion prospects of Micro, Small, and Medium Enterprises (MSMEs) for sustainable economic growth in the State and Nigeria at large.

The framework powered by the State’s Office of Sustainable Development Goals (SDGs) and Investments, in partnership with Franchisors and Distributors Forum, FRANDIS, aims to support the development of franchising as a viable model for helping MSMEs scale their businesses, attract investment expansion across Lagos and internationally, as well as create new jobs while stimulating and diversifying the economy.

The projects’ impact and expected outcomes include improved capacity of MSMEs in exploring the franchise model as a means of expansion and growth; lower business risk of failure and long term sustainability in a harsh economy; enabling economic of scale leading to increase in revenue for businesses; decreased pressure on force because of local inputs and procurement.

Others include creation of new businesses; capital investments from local and diaspora investors; fulfilling of the UN SDGs 1,2,8,9,10; and also reduction of brain drain and per capita income increase.

For the pilot, businesses to be incorporated in the franchise framework on which consideration will be given to potential franchisors include small businesses in food and beverages, manufacturing/green products, services, health and wellness, arts and craft, among others.

According to information gathered, the pilot components would include workshop for 300 Lagos MSMEs on franchising capacity building, awareness, processes and structure; selection of MSMEs Franchise implementation Support and Roll out, involving the selection of 20 MSMEs from the initial 300 with hightest potential to expand into franchise, while incorporating them into a digital ecosystem for franchises in Lagos and those looking for franchisees, partners, distributors, and agents in  Lagos State and Nigeria.

The Special Adviser to the Governor on Sustainable Development Goals (SDGs) and Investments, Mrs. Solape Hammond, at the unveiling of the Lagos MSMEs Franchise Framework Development Initiative on Tuesday said while the market demand for the franchise industry is growing by as much as 30 per cent each year in the global markets, it is understood that the majority of businesses in the Country are still not aware of the option and how they can access this space.

“The franchising industry is a quiet achiever. For many years there have been no headlines about the industry and its amazing contribution to our national economies.

“Interestingly, the Lagos State Government has woken up to smell the roses,” she said, mentioning that as the cradle of commerce in Nigeria, “the State is facilitating this business support structure that will utilise technologies to help MSMEs explore new markets, platforms, and growth trajectories.”

Mentioning that across the African region and beyond, MSMEs represent the nerve center of the economy; driving job growth and immense economic activity annually, Hammond said this has informed why the Babajide Sanwo-Olu led administration is directing its efforts to support MSMEs by helping them access capital, technology, and marketing resources.

“For many businesses, franchising is an excellent route to growth, opening up new opportunities and markets. Particularly in a society like Nigeria where company reputations are highly valued, therefore, operating under a trusted brand name puts one ahead of the competition in many ways,” he said.

She encouraged investors to set up franchises in Lagos relying on the healthy business climate,  with the city standing among the top 10 largest growing economies in the world, “contributing over 30 per cent Gross Domestic GDP to the Country and creating more than 2 million direct and indirect jobs annually”.

“This administration is moving a step higher by providing abundance opportunities for the franchising businesses to grow and contribute significantly to the State economy,” Hammond said.

According to her, franchising is a growing area that is being increasingly incorporated in all developing economy to enhance their smart city agenda.

“We are ready to thread this path and we would not be left behind. Providing the required structure for entrepreneurs will spur our local market and the investment we have made on manufacturing industry.

“Franchising can be a strategic platform to link these infrastructure with the business opportunities that will support the growth of MSMEs.

“This is why we are setting up this platform as a major step in the delivery of tangible improvements to services, providing long-term certainty to the market and supporting our huge investment in business ecosystem.

“As we strive towards becoming smart city, MSMEs are the backbone of the economy have a crucial role to play in leveraging their creativities with established brands and upgrading their capacities in order to nurture the wider growth of the city,” she said.

She assured that in line with government’s mandate to encourage small business development, the Government will continue to safeguard the environment for business to flourish.

“This decision to engage entrepreneurs in franchise businesses will therefore improve their chances of survival by significantly enhancing their competitiveness and profitability,” she added.

Speaking on “Franchising as an Alternative for Lagos MSMEs,” the Federal Minister of State for Industry, Trade and Investment,  Amb. Mariam Yalwaji Katagum,  said Nigeria, with a population of about 200 million, is the most populous country in Africa and has the potential to become the gateway for franchise development in Africa.

According to her, it is instructive to note that the current dynamics of the Nigerian MSME sector makes the Country suitable to prove the concept of franchise business model.

“As the Nigerian Government explores alternative means to create mass employment opportunities through its economic diversification drive by expanding non-oil revenue sources, the time is right for reputable foreign and domestic Franchisors with solid brands to start exploring the Nigerian market,” she said.

Commercial Attache, U.S. Consulate, David Russells, said it was important to democratise the franchise sector to small and medium sized businesses, stating that “it is at this level that the principals of hard work and achievement through development are best demonstrated.”

According to him, as Nigeria grows into a leader on the African continent and across the world, it is critical that the Country advance the frameworks necessary to capture the energy and entrepreneurship of this segment consistently in substantial contributions to the economy.

President, Nigeria International Franchise Association, Prof. Bankole Sodipo submitted that the Lagos Government should consider a franchise law, while the Federal Government should not also lag behind on same.

He said with the initiative, the forum in partnership with the Lagos State Government seeks to  enhance capacity building, awareness, business expansion and diversification, economic stimulation, and also reduction of brain drain and increase per capita income.

Speaking, the Vice President, EuroCham and CEO Asseco Software Nig Ltd, Mr. Simon Melchior said franchising is a way to scale up business, and ‘a  very efficient way’ to impact positively on the economy.

Lagos, according to the Small and Medium Enterprises Development Agency of Nigeria (SMEDAN), is home to 3.2 million MSMEs and contributes significantly to employment and economic growth, thus enjoys the largest percentage in consumer focused businesses in franchising, retailing and products distributorship.

Franchising which is the second largest job creator in the United States of America and contributes about 20 percent to South Africa’s GDP is a unique but underappreciated area in Nigeria.

The U.S. Department of Commerce Report in 2019 projected Nigeria has the potential of earning $100 billion annually from franchising.