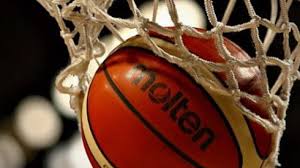 Basketball Administrators in Enugu have expressed disappointment over the Federal Government’s withdrawal of the sports from international competition.

The administrators who spoke to the Newsmen on Friday, called on the Federal Government to overturn the decision before it cost the sports a lot.

Reports state that the federal government action was prompted by the unending crisis which have plagued the National Basketball Federation for over eight years and nearly crippled the development of basketball.

Osondu Ngwude, the Secretary South East Basketball Association alleged that the Ministry of Youths and Sports was the architect of the problem rocking the association.

Ngwude blamed government undue interference in all sporting activities and associations especially by the Sports Ministry.

“The Ministry of Sports should be an advisory, oversight body and sports which is how it is everywhere in the world and not to influence the game of basketball and others.

“The body wants to decide who the coach of the Super Eagles will be and also the coaches of other national teams which should not be their prerequisite.

“They also want to determine the players who will feature at major tournament and that were what led to the current disappointment,” he alleged.

Ngwude said the country should respect the International Basketball Federation (FIBA) policy and structure that allowed associations to run and administer the game.

“FIBA is not a respecter of any body and Minister need to understand that tribalism kills sports more than any other thing,”..

Newsmen report that FIBA is the world governing body for basketball which was founded in 1932 with 212 National Basketball Associations.

Also, Enugu State Basketball coach, Chiedozie Nwoye, said government action would have a negative impact on the players and that FIBA might still come up with its own ban.

“Let us hope there will be a turnaround from the government so that FIBA punishment will not fall on us.

“The government action if not overturned, coupled with the international body ban will take the basketball back to where it was in the past 10 years,” Nwoye said.