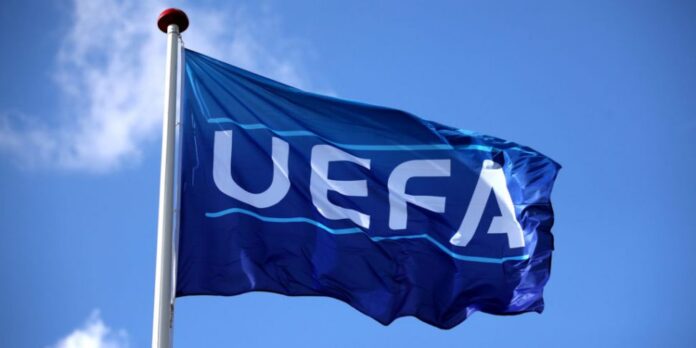 Ticketless fans have been urged not to travel to Paris and Seville for the UEFA Champions League and Europa League final matches, or to try to buy resold or counterfeit tickets.

European football’s governing body UEFA is concerned about the security risk posed by large numbers of ticketless fans being in those cities.

This is in the wake of the chaos which surrounded the Euro 2020 final match at Wembley last summer.

UEFA president Aleksander Ceferin said on Wednesday those scenes were “unacceptable” and should never be allowed to happen again.

“Any tickets which are offered for sale by third parties on the internet (including on social media, marketplaces and secondary ticketing platforms) are advertised in breach of the ticket terms and conditions,” UEFA warned in a statement.

“UEFA actively enforces its ticketing terms and conditions, including by monitoring the internet, and will take action (including cancelling tickets) where unauthorised advertisements are identified.

“In addition, UEFA is conscious that the demand for tickets to the finals may result in counterfeit tickets entering the secondary market, as has occurred at previous finals.

Fans are advised that any such counterfeit tickets will not gain entry to the stadiums.

Eintracht Frankfurt take on Glasgow Rangers in the Europa League final on Wednesday, while Feyenoord meet Roma in Tirana in the May 25 Conference League final.