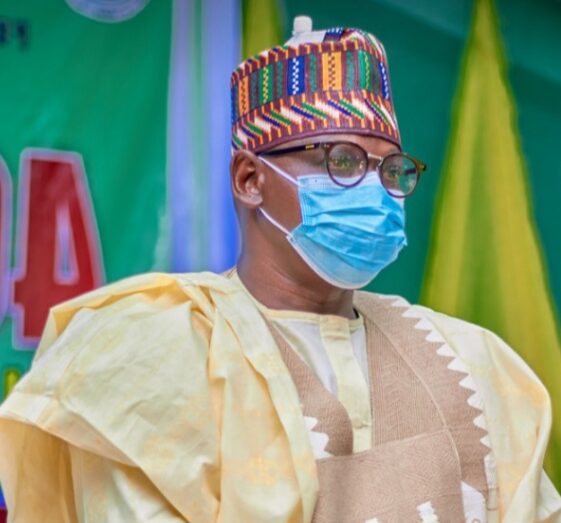 In sociology, it is obvious that, that ‘thing’ forms and combines in its mass is made possible by or enabled by what is referred to as ‘social bonding’ enable by social PEN energy of (+-n) or ‘social capital’ in line with theorizing on ‘sociological super glue’. (Robbert D. Putnam, etal 1995) and it has greater implications on Covid-19, social distancing for Corona Virus.

However, when proton or electron leaves its natural stream or goes off the course, it becomes lone and in sociology it is called Pathological as classification of specimen into ‘normal’ and ‘Pathological’ and therefore, when an Atom or social situation becomes lone-pathological, will definitely lack the capacity to cohere and that will naturally face elimination and therefore, would lack the social force ‘(+-n) to form and combine to enable interplay’ to inform further change in social behavior.

The scenario can be substituted as notion of the ‘social pathology’ or ‘abnormal specimen’ as opposed to ‘normal specimen’ with higher capacity of social cohesion to inform social ‘bonding’; (John Rex ), (R.D. Putnam).

Atom has the capacity for ‘disintegration’ to emit ‘Alfa, Beta and Gamma radiants’ periscoping ‘social science’ as their social disintegration to allow differentiation and further ‘integration’ as well as form another behaviour to inform subsequent changes of a ‘natural phenomenon’ and to reverse this trend is ‘social integration’ in social science – proton, neutron and electron (the PEN) to ‘form and combine’ to produce molecules is enabled by ‘social differentiation’ and to form an element to inform subsequent changes in the change series. So, the social PEN has ‘forming capacity’ for projection enable by social PEN energy (+-n), to inform subsequent ‘stage of change for development’.

The behaviour of an Atom to allow ‘forming and combining’ can only take place when the ‘PEN structures’ are ‘harmonious’ and in agreement with one another; the reversal of the properties of a ‘ natural phenomenon’ Atom and its behaviour in social science depicts ‘social consensus’ to ensure ‘order and stability of PEN’ for change. All these happen with orderliness of PEN guided by the ‘Atomic social energy of (+-n) to allow ‘Atomic bonding’ for ‘ social cohesion’ in social science.

The behavioural changes are enabled by intense pressure at a particular temperature of social dynamic density and ‘social complexity’ . All these happen in human relationship oftentimes, with social PEN invisible structure and at another time PEN visible. Its ‘elementary form’ reminiscent of the (Durkhemian, 1912) thoughts on elementary form of religious life and these basic constituents as a vehicle for structural change and the acronyms called the social PEN structure’. We assign ‘social’ to PEN to depict ‘Sociological imperatives’.

The ‘social Atomic PEN are P+, E- and (N)’ which are well placed and highly ‘stratified’ on their configurations to mean social status and stratification and they rotate on their orbit which connote ‘social mobility’. An element is made up of an Atom and an element can be seen but an Atom cannot. This is ‘social visibility stage of a social PEN structure that was invisible.(Karl Popper, 1959), (Tanyintoo etal, 2011 : pg16-21)

The social Atomic PEN Structural theory of change has been discovered as a phenomenon to have ability to socially cohere because the PEN structure is ordered, independent and interdependent with one another to enable social mobility as well as stratified and configured.

The theory has presented a standard view of social PEN as ‘Sociological translat’ which is galvanized to view any social system as phenomenal and reminiscent of the natural one. The social PEN approach is better described as ‘inside outside alternated sociology to imagine back forward social world, though it differs significantly from the (Charles Right Mills,) perspectives on Sociological imagination.

The social PEN Structural theory of change is potent for sociological study of any social relationship in the society with the utilization of PEN dynamics and social energy of (+-n); a dream which (August Comte,) dropped to rest in peace and (Durkheim), the empiricist who stands on the pedestal of the Comtean logical positivist school of theoretical development of sociology.

Logical positivism has encouraged the examination of social life, periscoping natural phenomenon to explain human social action and interpretation of social life which the theory of social PEN structural change has discovered for the first time in the field of social sciences by Dr. Mustapha Bintube.

For me to discover the social PEN theory, and fused it to social sciences, I had series of interactive interview with university professors of physico natural sciences emphasising on Chemistry in relations to Atomic properties, series of University Seminars were held for empirical testing and validation of the tenets of the social PEN theory, and the following questions were asked, responses recorded and data gathered and analysed understanding the science of chemistry vis-à-viz social sciences in search of evidence for theorizing on the Social PEN structural theory of change to provide description and prediction about social life.

Response: Absolutely correct. So, sir, what is change? Response: It is the only permanent thing. Does change belong to chemistry? Response: No! There is change everywhere and in everything. The conversation suggests this. So, we study changes in human behaviour in sociology to improve life; then how is Sociology different from Chemistry?

The two disciplines study changes and improve on them, but one deals with life or human (social) and the other lifeless or matter, physical (natural), but change takes the centre stage for analysis of both Chemistry and Sociology.

Have you ever practically seen anomie, social relationship walking in the street or the combination of tatrioxosulphate six or Sulphuric acid as they called it, heated with Sodium hydroxide in acid base reaction standing and waiting for someone in your street? Laugh! Funny, No! These are phenomenona and their behaviour and further changes can only be explained through observations. Abstract concepts are explained provided they have structure to permit dynamic, shape, composition, elements and behaviour’ .

Then I continue in my interrogation: ‘ those things that change, what is it all about? Response: it is called a matter and it is made up of an atom which ordinarily an eye cannot see. What is an Atom? Response: It is an invisible, powerful and indivisible particle of an element! What is it made up of? Response: Proton,

Electron and Neutron. What do proton, electron and neutron do to inform changes in behaviour? Responses: They have charges to generate power, provide an atom with structure, they form an element and inform molecule and furthermore, changes into what is called a compound i.e. matter and above all they define the composition of an element and when it changes, it informs further changes. Sir, you said they are invisible. Response: Yes! But, how did you know that they exist? Response: They do exist because they are objective reality and that had been confirmed by several researches and it was scientifically tested to be true.

Then I came up with follow up questions like this: Since Chemistry and Sociology study changes and improve on them, and the two are sciences, can we also study a standard Atomic structural view of the human world in Sociology as advocated by August Comte?

Response: All is possible through scientific research because you stand to discover something new by projecting frontier of knowledge and it is to your credit. Comment: I will make an attempt! Response: try let us see.

This intellectual project of the discovery of Social Atomic PEN structural theory of change searches for gaps in knowledge which the early philosophers were bothered about, consistently made sociological inquiry into its existence as social reality. However, one level of analysis lower than the micro is missing in social science.

This is a huge gap to suggest academic exercise of discovery like this one. It is called Atomic PEN structural stage of progressive change. So, there should be Atomic structural analysis, same as we have the macro structural analysis and the micro which a layman could not see but they exist on their very social orbit sustained by social nucleus to inform further social actions due to P+, E- and N to play catalytic role through interactions within a social context. (Karl Popper, 1959), (Tanyintoo etal, 2011: pg16-21).