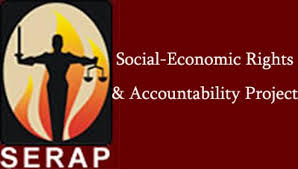 The Socio-Economic Rights and Accountability Project (SERAP) has urged President Muhammadu Buhari to publicly condemn attacks on journalists and media organisations in the country.

SERAP made the call on Thursday in Lagos while unveiling a report entitled “Something to Hide?: Media Freedom Under Siege in Nigeria.”

Our Correspondent reports that the 76-page report was authored by a veteran journalist, Mr Richard Akinnola.

According to the report, 36 journalists were attacked between January 2019 and July 2019, with 30 of the attacks recorded during the 2019 General Elections.

It claimed that 18 journalists were assaulted for covering the nationwide #EndSARS protest against police brutality in October 2020.

It alleged the National Assembly had considered the passage of several bills that aimed to curtail freedom of expression such as the Protection from Internet Falsehood and Manipulation Bill 2019 (Social Media Bill).

It added that  the lawmakers  also considered passing the National Commission for the Prohibition of Hate Speeches Bill 2019 (Hate Speech Bill).

It also claimed that the National Broadcast Commission (NBC) had been wielding powers arbitrarily on broadcast stations and imposing excessive fines on them for alleged breaches.

It said the actions tantamounted to shrinking the civic space and hindering the media from performing its constitutional duty of being the watchdog of the society.

It said the president should issue a  public statement to all government and security force officials, prohibiting intimidation, threat, harassment and arbitrary arrest of journalists and other media workers.

It added that Buhari should ensure that such cases were investigated and prosecuted.

It pushed for  immediate amendment of the Cybercrimes Act and some other legislation, to bring them in line with the 1999 Constitution as amended.

It said the amendment would also bring them in line with the international human rights obligation under the International Covenant on Civil and Political Rights and the African Charter on Human and Peoples’ Rights, among others, to which Nigeria is a party.

It recommended that the Nigerian Guild of Editors and Nigerian Union of Journalists should work closely with non-governmental organisations and other stakeholders to carry out systematic monitoring and reporting of infringement of media rights.

“Nigeria is known for its dynamic press, and any  threat to the Nigerian press and media around the world is a threat to democracy,” he said.