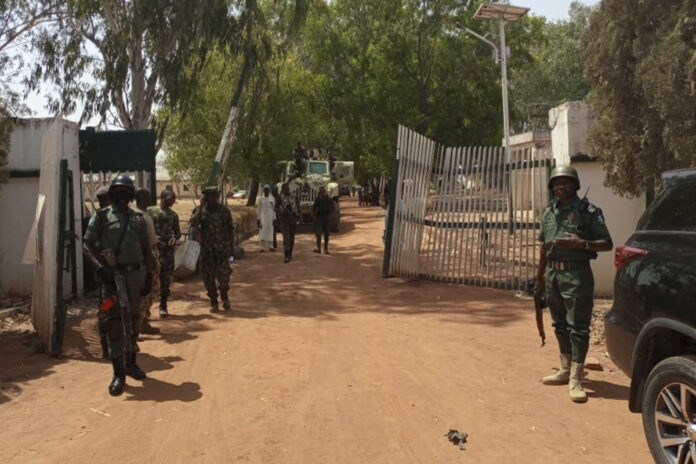 The remaining abduc ted students of Federal College of Forestry Mechanization Afaka in Kaduna have regained their freedom after spending 55 days in captivity.

The students were released on Wednesday and are currently undergoing medical examination at a health facility in Kaduna.

The spokesman of the Police Command in Kaduna state, ASP Mohammed Jalige confirmed the release of the students on Wednesday in Kaduna.

A total of 39 students were abducted from their hostel on the night of March 12, but 10 of them were later released.

The military had engaged the attackers as at the time of the attack and were able to take back 180 staff and students to safety.

Despite the intervention, the bandits still abducted 23 female and 16 male students, leaving their parents in despair with calls on the government to rescue them.

Sadly, one of those missing was a female student, Fatima Shamaki, whose father died from a heart attack after the news of her abduction was broken to him.

The abductors had made a demand of N500 million ransom to release the students, but the Kaduna State Government said it would neither negotiate nor pay ransom to bandits and terrorists.

Parents of the students have been agitating for the release of made their children, and had staged a protest at the National Assembly on Tuesday to draw the lawmakers attention.

The Chairman of the Parents’ Committee, Mr Abdullahi Usman also confirmed the release of the students by bandits to journalists on Wednesday in Kaduna.

He explained that the victims were released some minutes past 4pm around the Kidanda area in Giwa Local Government Area of the state, and were on their way back to the state capital.

Usman, however, refused to disclose the amount paid as ransom to the bandits for the release of the students.

Meanwhile, President Muhammadu Buhari has welcomed the release of the 27 students of the Federal College of Forestry Mechanization, Afaka, near Kaduna and congratulated their friends, families and the government and people of Kaduna State following the happy end to the saga.

“We are happy they have been released,” said the President.

“We express our deep appreciation to all the actors who contributed one way or the other to this happy outcome, in particular the defence and security agencies, the officials of the Ministry of Environment and the government of Kaduna State. We thank Nigerians for their prayers.”

In a statement signed by the Senior Special Assistant to the President on media and publicity, Garba Shehu, the President appealed for the release of the students of the Greenfield University and all other citizens held in captivity, expressing the strong determination of his administration to ensure that Nigerians lived in a country where everyone can move where they want, when they want without the fear of kidnapping and banditry.

Also, Kaduna State Government has rejoiced with parents of the students for their safe release.

“The government rejoices with the freed students, their families and the management of the institution over this development.

“Governor Nasir El-Rufai charged them to view their ordeal as a motivator to put the past behind and work hard towards a happier and successful future ahead,” Commissioner for Internal Security and Home Affairs, Samuel Aruwan said in a statement.

It would be recalled that the bandits had released videos in which they made some demands and threatened to kill the students should their demands were not met.

Amid heightened calls for their release by the parents of the victims and concerned persons, the state government insisted that it would not negotiate with the bandits.

It, however, accused the armed men of killing students in the state to blackmail the government and compel it to abandon its ‘no ransom, no negotiation’ policy.

Banditry in Kaduna has taken a disturbing trend as the armed men killed a total of 323 people between January and March.

The first quarter security report by the government also revealed that within the period, bandits killed 292 males and 20 females, as well as kidnapped 949 people.