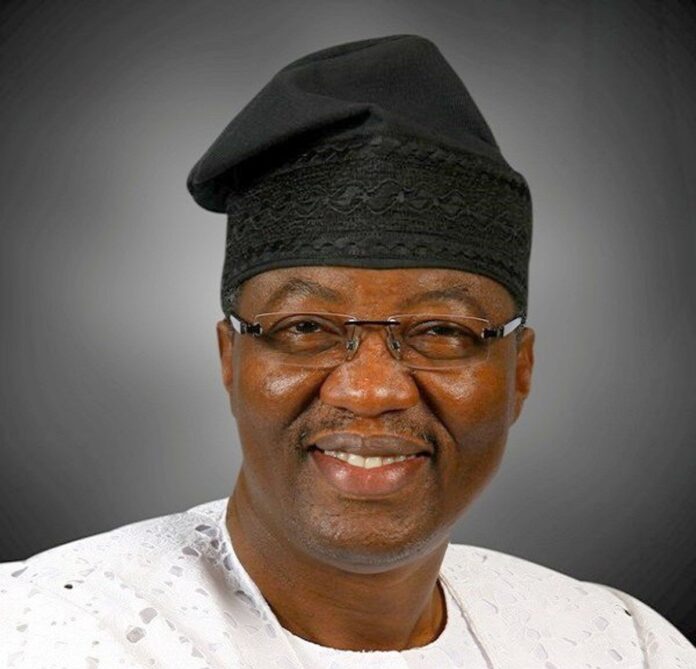 Former Deputy governor of Ogun State and one time Senator representing Ogun East, Sen Adegbenga Kaka, Mr Wale Edun, former Commissioner for Finance in Lagos State as well as Alhaja Salmot Badru, another former Deputy governor in the state have all described Otunba Gbenga Daniel as a tested and trusted politician who has the competencies to strike a new deal of qualitative representation for the people of Ogun East senatorial district.

The chieftains of the All Progressives Congress (APC) spoke on Sunday at Ita Oba, Sagamu where the former governor of the state, Otunba Gbenga Daniel fondly called OGD flagged off his campaign rally ahead of the 2023 general elections.

Sen Adegbenga Kaka disclosed that as someone who once occupied the the Ogun East senatorial seat from 2011-2015, he knew the demands of such office and was quite sure that Otunba Gbenga Daniel, a former two terms governor of the state and an astute administrator has all the experience needed to add great value to the seat.

He said he was sure that the desire of Otunba Gbenga Daniel to be in the Senate would be for the betterment of Ogun East and the state in general calling on the people to cast their votes for him as well as Gov Dapo Abiodun and Asiwaju Bola Ahmed Tinubu, the party’s presidential candidate during the forthcoming elections.

Wale Edun, who described the former governor as his long-standing friend of over four decades said that as a politician who prides the welfare of the people above any other considerations, he was certainly sure the ambition of Daniel would bring smiles to faces of the people of the state.

Alhaja Salmot Badru, who was the Deputy governor to Daniel between 2003-2011 described her former boss as a politician who would do anything to advance the socioeconomic development of the state saying that she was sure that the former governor remains the right candidate for the job at hand.

Badru called on the residents of the state to give their votes to Otunba Daniel, the party’s presidential candidate, Asiwaju Bola Ahmed Tinubu, Gov Dapo Abiodun as well as all the APC candidates during the 2023 elections.

Speaking at the rally, Otunba Gbenga Daniel fondly called OGD said his tenure in the Senate would be a continuation of his welfarist government when he served as the governor of the state about 12 years ago.

Daniel said he was poised to use his experience both as a seasoned politician and private sector player to make life more bearable for the residents of Ogun East senatorial district and the state as a whole.

The former governor also said that most of his modest achievements as governor of Ogun State were because of his relationship with the party’s presidential candidate, Asiwaju Bola Ahmed Tinubu saying that the former Lagos governor deserves the support of everyone to take over from President Muhammadu Buhari next year.

Daniel has however urged all politicians to eschew violence as the campaign begins saying that everyone must conduct themselves peacefully and never at anytime heat up the polity.

Highlight of the occasion included presentation of gifts to the aged by the Gateway Front Foundation (GFF) as well as winning of various empowerment tools such as sewing machines, grinding machines, tractor and a Toyota Highlander Jeep through raffledraws.