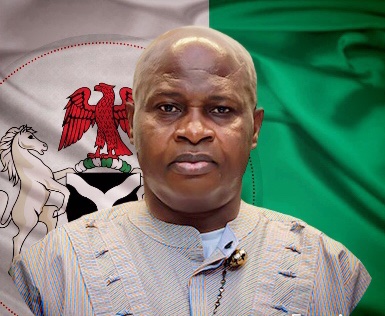 Amb. Lot Egopija, the Consul-General of Nigeria in New York, has pledged to further improve the consular services for the nationals in the U.S.

Egopija gave the assurance in an interview  in New York in his message to commemorate the 62nd Nigeria Independence Day.

The envoy said “We will continue to improve our services as Consulate and our nationals should be ready to help us.

“They should help us as we propagate the gospel of unity and to work together to attract foreign direct investment through tourism to Nigeria.

“We will do everything that will project Nigeria as a nation with the potential of becoming a great nation and we are working toward that.’’

Egopija said that the 62nd Independence Day anniversary was significant to the Consulate because it was able to achieve the target it set in the issuance of passports in 2022.

“This year is significant in the sense that we have recorded little milestones set as a mission to achieve this year, and we have been able to do all that is expected of us.

“We have been able to look back and found out that we have in our little way accomplish the tasks that we all had set for ourselves at the beginning of the year to improve passport production,” he said.

Egopija said the mission had been able to drastically reduce waiting period for passport collection, which used to be between 12 and 14 weeks.

“We’re beginning the production of September passports and we are concentrating right now on some of the issues causing delay in passport production and collection.

“We are handing all of the issues that necessitated delay of the passport and we’re seeing noticeable results,” he said.

Another task the consulate achieved in 2022, he said, was to communicate effectively to its nationals on a weekly basis.

“Our nationals can attest to the fact that we are in communication with all registered associations within our consulate’s jurisdiction and we are giving them weekly brief.

“We give them weekly brief on the status of the mission, which has encouraged them to begin to have confidence in the activities of the consulate in New York,” the envoy said.

Egopija said noticeable amongst the cardinal programmes of the Consulate was quarterly Town Hall meetings, noting that so far, six meetings have been held since its inception.

He said that the feedback from town hall meetings had helped in improving the consulate’s relationship with its nationals.

“The problems we used to have when we started, have greatly reduced. We have been able to get improved services based on the feedback we get from these meetings.

“As such, we can hold our heads high, while we celebrate our country’s Independence Day that we have been able to impact on the lives of our nationals within our jurisdiction.

“Even those that came in from other jurisdictions have also been attended to in New York without any problems,” he said.