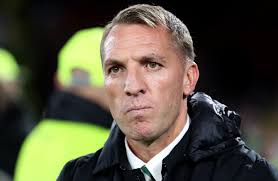 Brendan Rodgers insists he will not be using Leicester City’s mounting injuries as an excuse.

The former Liverpool FC manager has now backed the players he has at his disposal in their bid to finish in the English Premier League (EPL) top four this season.

Harvey Barnes is set to undergo a knee operation that will keep him sidelined for six to eight weeks.

The Foxes came from behind on Wednesday to claim a 1-1 draw at Burnley, where Kelechi Iheanacho’s brilliant volley cancelled out Matej Vydra’s opener.

Also, Kasper Schmeichel made a couple of important saves to ensure a share of the spoils and Leicester City remain third in the standings.

Although Rodgers would not be drawn on their hopes of finishing in the Champions League positions, the Northern Irishman has faith in his fit players to keep battling.

“People talk about the top four but I’ve always said we’re not in the top four until the season’s finished,” he said.

“Until that point we just have to keep working every day, being the best we can be and go into the next game.

“Everyone’s talking about the injury list but we have to deal with that, that’s unfortunate for us.

”But what I have here is a brilliant group of players that’s going to keep pushing, keep fighting and let’s see where it takes us.”

Hamza Choudhury made just his fourth league start of the season at Turf Moor.

But he had a forgettable start as his return pass to Wilfred Ndidi played the makeshift centre-half into trouble, allowing Vydra to intercept and score.

Rodgers was encouraged by the rest of Choudhury’s performance, though, with the 23-year-old midfielder coming close to equalising.

That was before Iheanacho did, superbly volleying home from Ndidi’s ball over the top after the half hour.

“Sometimes we’ll make mistakes but it’s OK as long as we learn from it,” Rodgers added.

“But I thought his reaction was really good after that, he made tackles, took the ball, he passed it and he was unfortunate he didn’t score.”