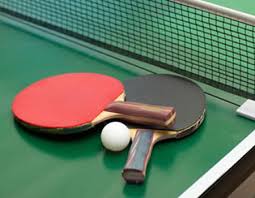 Seven junior players comprising boys and girls are currently representing the state in the Under 10, 12 and 14 categories.

Mr Ayodeji Ogunsakin, the Head of Media of the team, stated this in a statement he released to newsmen on Tuesday in Ado-Ekiti.

Ogunsakin said that Gloria Samuel won in the girls  U-10, and Oluwaseyi Ogunsakin won in the boys U-12 games played by some of the players on Monday, March.1.