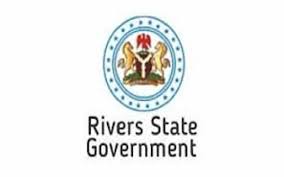 …Urges citizens to desist from dumping refuse in drains

The Rivers State Government, said it is working with relevant agencies to roll out the process that will check perennial flooding in the State.

The State Commissioner for Information and Communications, Pastor Paulinus Nsirim disclosed this at a media briefing in Port Harcourt.

Nsirim, therefore, called on those living and doing business in Rivers State to play their part in line with the programme that would be executed by government to address the problem of flooding.

He frowned at the situation where residents of Port Harcourt  turn the drainage systems into refuse bins, stressing  that is not what it should be.

“The present administration under Governor Nyesom Ezenwo Wike is desirous to make Rivers State a destination of choice and that is why the government has embarked on massive infrastructural development in line with its urban renewal  programme.

“So, what is expected of those living and doing business in Rivers State now is to cooperate with government to ensure that the urban renewal programme and the plan by government to make this state a destination of choice  is realised,” he said.

He noted that the State Government could not do it alone as it requires the support of corporate organisations, civil society groups, religious organisations and the media  to enlighten their publics on the need to behave as responsible citizens.

He called on the media to embark on massive enlightenment programmes along the line of the roles of citizens in checking flooding in the State.

“We believe that if the citizens cooperate with government, as Government is out to ensure that everyone living and doing business in the State does so in a healthy environment, we believe that in the next few days or weeks we will find a solution to this flooding,” he said.

The Commissioner also announced the names of entrants selected for the essay competition on the titled “Our State, Our Responsibility” introduced under the second phase of the #OurStateOurResponsibility advocacy campaign of the Ministry launched at the beginning of this month (September).

He said those shortlisted were  expected to be at the conference room of the Ministry of Information by 11am on Monday, September 27, 2021 for a physical test to ascertain their original ownership.