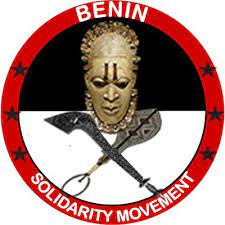 A Benin socio-cultural group, Benin Solidarity Movement (BSM) worldwide, has cried for justice in a murder, kidnap case involving one Isaiah Akpani, which was struck out for a no case submission by Benin Criminal Court 2 headed by Justice Imadegbelo.

BSM was of the opinion that the summary dismissal of the case by the Judge based on the advice of the Director of Public Prosecution(DPP) is, “to say the least, horrendous and in the view of people with conscience a subtle aiding of criminality by the judiciary.”

In a statement by Ambassador Curtis Eghosa Ugbo, the President of the group, he said: “Benin Solidarity Movement (BSM) worldwide is shocked at the recent no case submission that Justice Imadegbelo of the Edo State Criminal Court 2 passed in the case of kidnap and murder of a Benin son, Sunny Etchie, the Okhaegele of Kolokolo, a community in Ikpoba Okha Local Government Area of Edo State, brought against Isaiah Akpani.

“The decision of the Judge to strike out the matter on a no case submission based on the advice of the Director of Public Prosecution(DPP) is, to say the least, horrendous and in the view of people with conscience a subtle aiding of criminality by the judiciary.

“We take exception to this judicial heist and we are appealing to the necessary authorities that the case with charge sheet No. B/CD/ 1116M/2021 should be revisited and given the right measure of judgment it really deserves.

“We don’t want to believe the numerous claims of filial relationship that we hear exist between the suspect and the judicial officials must have been the reason judgment was turned upside down.

“For a person who openly confessed to a heinous crime in a viral video clip which is in our possession to be left off the hook by a criminal court on a no case submission is a big shame on the judiciary.

“At this junction it is reasonable for us to tender an unreserved apology to President Muhammadu Buhari who set in motion the process of putting the judiciary and some judicial officers under the spotlight at a certain period. We stood with the judiciary then on the belief that the allegations of massive corruption that Buhari was brandishing as his reason for the drastic action was a false claim. Now, we know better.

“Our battle cry is that we need justice in the above mentioned case and anything outside that is calling for a plague that will consume all of those who have an input in this emerging melodrama.”