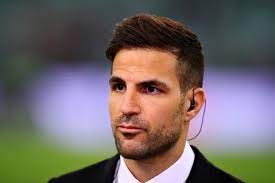 As expected, Messi’s critics immediately capitalized on the event and started mocking the seven-time Ballon d’ Or winner on social media.

When asked whether Messi is criticized too much,Cesc Fabregas told Mundo Deportivo: “Definitely the criticism aimed at Messi after missing the penalty is unfair. Without being stellar, he played a good game.”

“He found Mbappé alone in the first half with a pass that no other of the twenty-one players on the field would be capable of.”

Fabregas added: “He got between the lines well, gave Neymar another assist that could have been a goal. He missed a penalty. And? Judging him for that seems ridiculous to me. Football goes much further. Courtois is a fantastic goalkeeper and he has merit.”