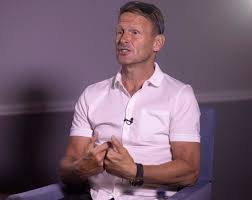 According to him, Pochettino’s methods prove a natural successor to Sir Alex Ferguson’s legacy.

Pochettino, 49, has been heavily linked with a move to Man United to replace Ralf Rangnick at the end of the season.

“Manchester United have always been brought up on that vibe of taking the game to the opposition,” Sheringham told Genting Casino.

“I think, if you look along those lines, I would say the perfect fit would be Mauricio Pochettino, without a doubt.

“I think when he was at Tottenham [Hotspur], he wanted the ball, he wanted to play with the ball and hurt the opposition, and I think that the Manchester United crowd would love his philosophy in the way that he takes the game to the opposition.

“Obviously, he did not win anything at Tottenham, but if you have got bigger and better players. Who knows what he could achieve. He would be the man for me, he would be the number one choice. It is a great experience for him.”