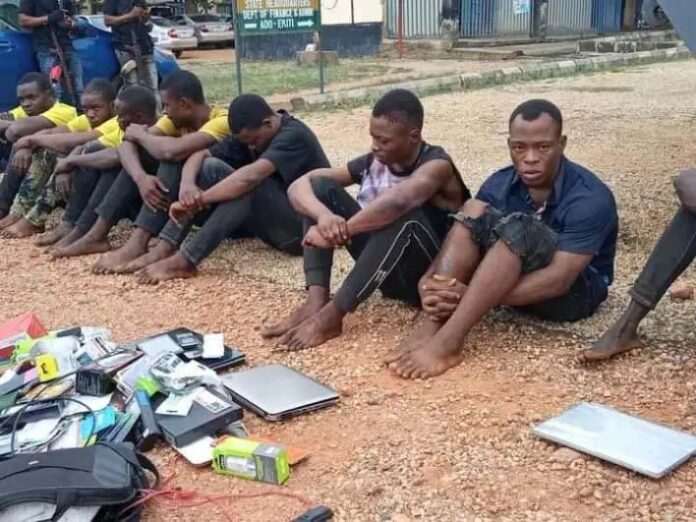 The Police Command in Ekiti State has arrested 15 suspected armed robbers, cultists and drug dealers in their hideout in Ado-Ekiti.

DSP Sunday Abutu, the command’s spokesperson, disclosed this in a statement in Ado-Ekiti on Tuesday.

Abutu said the feat was part of the ongoing effort of the command to rid the state of criminal elements.

He said the operatives of the command had on July 13, clamped down on a group of hoodlums in their hideout in Atikankan in Ado-Ekiti.

“During the operation carried out by the operatives of the Rapid Response Squad (RRS), 15 suspected drug dealers, armed robbers and cultists were arrested,” he said.

Abutu said the suspects during interrogation confessed to be members of an armed robbery gang, illicit drug dealers and cultists.

He said the suspects would be arraigned in court as soon as the investigation was concluded.