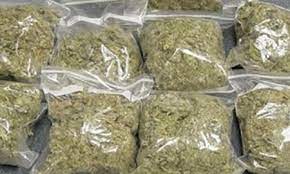 Delivering judgment, Agomoh, held that she sentenced Ismail based on the evidence tendered before her.

The judge also held that the prosecution has proven its case beyond reasonable doubt that the convict committed the crime.

“However, I considered the prayer of the defence counsel that the court should be lenient in sentencing his client because he is a first time offender.

“This is most especially because he did not waste the time and resources of the court before pleading guilty.

“The convict has also shown remorse, hence, the need to give him another chance to contribute positively to the society.

“To serve as deterrent to others nursing the ambition of going into the crime, Ismail is sentenced to two years in prison.

“Total number of days already spent in the detention shall be subtracted from the jail term’’, the judge held.

She ordered the National Drug Law Enforcement Agency (NDLEA) to destroy the weed substance found in the convict’s possession.

Mr. J. Morakinyo, the defence counsel had in his written and oral addresses pleaded with the court to exercise its discretionary power in reducing his client’s jail term.

Earlier, counsel to the NDLEA, Oyo State Command, Mr. D.O Otunla had informed the court that the convict was arraigned on a one-count charge bordering on unlawful dealing in narcotic.

Otunla further said that the operatives of the agency arrested Ismail on Jan. 18, at about 9:30 a.m., at Bere area of Ibadan, Oyo State.

He stated that the convict was caught in possession of a sack containing 49.9 kg of the illicit substance.

The prosecutor said that the offence contravened section 11 (C) of the NDLEA Act cap N30 law of the federation 2004.