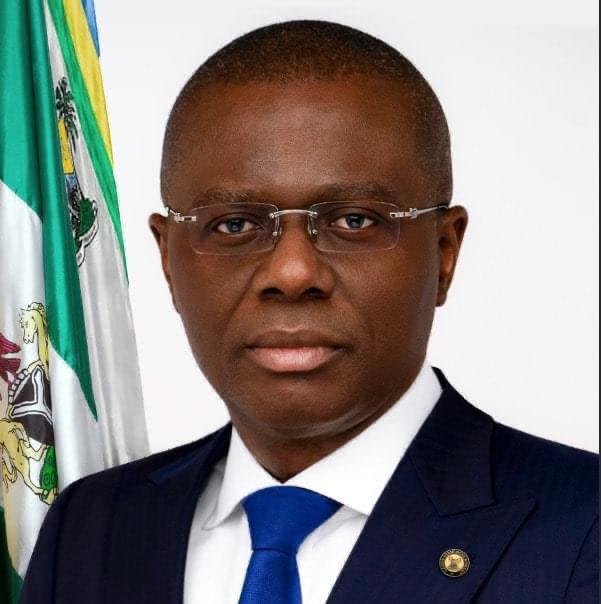 …He is running on records, get ready for more — Omotoso

…He has run an inclusive govt, victory is assured — State Party Chair

The Brand Campaign heralding the start of the 2023 official re-election campaign of Lagos State Governor, Mr. Babajide  Sanwo-Olu and his deputy, Dr. Obafemi Hamzat, on Wednesday kicked off at Ikeja, the State Capital.

At a Media Conference convened to unveil the Brand Campaign tagged  ”A Greater Lagos Rising!” party stakeholders expressed optimism that with the remarkable achievements of Sanwo-Olu in the space of three and a half years, no opposition could stand to challenge a landslide victory.

Speaking, at the official unveiling ceremony, the State’s Commissioner for Information and Strategy, Mr. Gbenga Omotoso described the journey of Mr. Babajide Sanwo-Olu’s administration as “a storied journey of the triumph of the human spirit over challenges.”

He said the theme of the campaign “A Greater Lagos Rising!” is a thematic continuum of what was promised in 2019 when Sanwo-Olu was elected Governor of Lagos State.

“We promised our people A Greater Lagos. What do we see around us? Abundant evidence of a new city rising from the womb of time.

“We do not make a false claim of having reached the zenith of our journey. Our contextual usage of the word is as an adjective that suggests an upward swing, an increase and an upward movement. These are the signs Lagosians can see all around the state,” he said.

Meanwhile, Omotoso said the campaign is not about Sanwo-Olu and his team alone, but “a tribute to all our youths who are putting Lagos on the global map.”

“All of our campaign assets capture the place of the audacity of the Spirit of Lagos in the rising of the City.

“The campaign assets are not some forms of self-adulation but fitting credit to the contributions of Lagosians, especially the youth, to the height Lagos has attained today.

“This campaign is a celebration of the collective progress we have made in the last three and half years – against all odds,” he said.

Reeling out some of the laudable interventions by the Sanwo-Olu led Administration to confront critical challenges, he accounted thus, “Just a month after his assumption of office, the state witnessed torrential rainfall which impacted negatively on the state of our roads, causing traffic snarls.

“By the morning of July 4, 2019, the city also woke up to the tragic incident of an NNPC pipeline explosion in Ijagemo, a suburb of Ijegun due to the activities of pipeline vandals. Again, the ever-empathetic Governor Babajide Olusola Sanwo-Olu rallied his team to restore hope to the helpless.

“The move was a containment strategy to keep their activities manageable for the already over-stretched security agencies. Again, respite came the way of the citizens who applauded the bold move by the Sanwo-Olu administration.

“Following the outbreak of the COVID-19 pandemic in China in January 2020, Lagos recorded the index case of the dreaded virus on 27th of February 2020.”

He described Governor Sanwo-Olu, as “a rare display of bravery and courageous leadership in adversity,” when he assumed the role of the Incident Commander.

“With Dr. Kadri Obafemi Hamzat, his Deputy, he rallied the best brains of the Nigerian health sector to confront the dangers the pandemic posed to millions Lagosians. In no time, Lagos indeed became a global example for the medical world on how to fight the pandemic,” he said.

On his bravery over the #ENDSARS protest, he said, “Taking advantage of the restraint the protest had brought on the law enforcement agents,  okada and tricycle operators became laws onto themselves, riding mindlessly against the traffic, with consequential killing and maiming of innocent citizens.

“Governor Babajide Sanwo-Olu again rose to the challenge and extended the ban on Okada and Tricycles to more local government council areas.

“As each of this challenge attempted to bring Lagos State on her knees, like a tested General in a war with fierce and phased battles, Governor Babajide Sanwo-Olu tapped into the indomitable Spirit of Lagos.

“He reminded us of the capability of the human spirit to rise and triumph over every adversity. Rather than these challenges causing the sprawling Mega City to lie prostrate on her belly, we see the evidential signs of a City rising with best-in-class infrastructure from the ashes of her yesterday just like the proverbial phoenix.

“Even where dilapidated infrastructure once stood as public schools or health facilities, we see new ones rising. While the financial storms are raging elsewhere, hey, it is sunny in Lagos. What do we see?

“We see the finances of Lagos rising to enable the government embark on landmark projects such as the Blue and Red Rail Projects which are the first by any sub-national in our clime,” he added.

According to Omotoso, the achievements of the administration so far on the Greater Lagos Dream informed “the incontrovertible conclusion that the fitting theme of the 2023 re-election campaign for Mr. Babajide Olusola Sanwo-Olu and Dr. Kadri Obafemi Hamzat shall be, A GREATER LAGOS RISING!”

On projects awaiting commissioning, Omotoso, said, “It is, also, a vivid reflection of what to expect in the coming days. Mr Sanwo-Olu started on August 15, last year, the Red Line rail that will run from Oyingbo to Agbado; passenger operation will begin first quarter of next year. The Blue Line will also start commercial services. We are building a new Massey Street Hospital, which will be the biggest pediatric hospital in West Africa.

“A new General Hospital is springing up in Ojo, the first to be built in years. Your Lagos has an approval to build an airport. The 500-bed mental health hospital and rehabilitation centre is getting set in Ketu-Ejinrin. The food hub is also being built. We are building an infectious diseases centre in Yaba. A tech hub is also set to rise in Yaba. The Fourth Mainland Bridge will soon get off the drawing board, with the selection of a contractor to handle the important project. The Opebi-Ojota bridge is making progress to ease traffic on that corridor. These are a just a few of the pointers to A  Greater Lagos that is RISING.

“Rising is the proof of Doing. Rising moves us from our initial statement of intent, ‘For A Greater Lagos’ to a city that is rising and transforming before our very eyes.

“When we say, ‘A Greater Lagos Rising,’ we are drawing the attention of citizens to the positive changes taking place all over Lagos.

“We are making an affirmative statement about the growth of our economy, the breath-taking rebuilding of Lagos and the fresh hope of citizens following the reopening of the economy after COVID-19.

“A new chapter in the development of our State just flipped open before our very eyes. Let’s write a new history. Let’s rise to a new phase of our history as we collectively affirm that, A Greater Lagos is Rising.”

In his remarks, the Director General of the Babajide Sanwo-Olu Campaign Council, Senator Olarenwaju Solomon, said in less than four years, several promises made by Governor Sanwo-Olu at the campaigns captured under the THEMES AGENDA have been fulfilled.

According to him, every aspect of the THEMES AGENDA has been touched by the Babajide Sanwo-Olu led Administration

He said the pillars of the Agenda have not just been touched by Sanwo-Olu “but he is doing it impeccably well.”

He said despite COVID-19 and EndSARS debacles, the colossal incidences did not barred him from impacting on the dreams towards the actualisation of the THEMES Agenda.

The State’s Commissioner for Economic Planning and Budget, Mr. Sam Egube said nothing but excitement should be expressed on the achievements of the Sanwo-Olu’s Administration in three and half years.

He said the audacity of the Administration on COVID-19 management was epochal with the courageous and audacios tenacity of  Sanwo-Olu as incident Commander.

He mentioned that such projects as the Lekki Deep Sea Port, Blue and Red Line Rail, Health Centres across the State, iconic road infrastructures, are exciting achievements that give credibility to the Administration to deserve another term.

The APC Chairman in the State, Hon. Cornelius Ojelabi, said Sanwo-Olu’s performance is a fulfilment of his social contract with Lagosians, expressing confidence of victory in the State’s gubernatorial election in 2023.

He said his intervention programmes have been inclusive touching all nooks and crannies and sectors of the State, with a track record of not abandoning uncompleted projects of previous administrations.