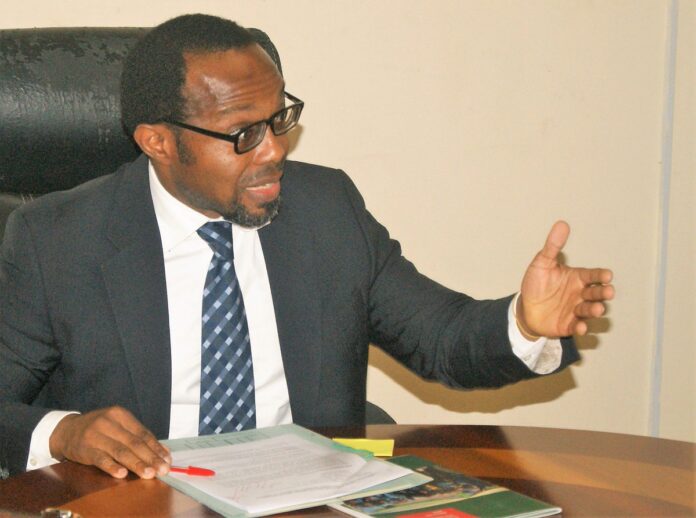 The Director General of National Institute for Pharmaceutical Research and Development (NIPRD), Dr Obi Adigwe has said the position  of the Institute on Madagascan organic saved multiple of lives in Nigeria, African and across the world.

He made this disclosure on Monday in Abuja during the House of Representatives Adhoc Committee on COVID-19 oversight function.

He mentioned major achievements of the institute to the covid-19 pandemic response in the country and internationally.

He explained how NIPRD provided the internationally acclaimed analysis that underpinned Governments categorical position on the Madagascan  Covid-19 Organics preparation”.

He said “during the 2020 calendar year, NIPRD made a considerable contribution to the COVID-19 pandemic response, both within the country and internationally. For instance, NIPRD provided the internationally acclaimed analysis that underpinned Governments categorical position on the Madagascan Covid Organics preparation”.

“This analysis went viral internationally, with scientists and policymakers around the world referencing NIPRDs seminar work on the product”.

“With their work, a multitude of lives on the continent were saved, Africa conserved millions of Dollars that would otherwise have been expended on an unverified product, and Research and Development resources were prioritised to more effective solutions”.

The DG said that early last year at the start of the pandemic, NIPRD pioneered and strongly advocated indigenous manufacturing of hand sanitizers from locally sourced raw materials.

He said the Institute’s notable concept led to the production of its own brand of hand sanitizers and this has gone on to become famous for its high international quality”.

Adigwe noted that the Institute has also been involved as sponsor, as well as technical partner to a number of ongoing Random Control trials aimed at scientifically proving the efficacy of a number of conventional medicines currently at the Clinical Trials phase

NIPRD used its reputation as the first African Institute to develop a world-class phytomedicine from drug discovery up to phase two clinical trials, to begin work on repurposing NIPRIMUNE, its flagship immunomodulatory agent for relevant clinical studies for COVID-19.

Months after NIPRDs breakthrough in this sector, The Government of Thailand approved the same phytomedicine for the management of COVID-19.

The DG stated that these are just a few of the many areas where the Institute has supported the National response for the deadly virus.

Meanwhile, Adigwe revealed that NIPRD received N40 billion subvention for the first time in history of the institute based on appropriation efforts of National Assembly in which the institute has put into use.

Adigwe hailed the National Assembly for this great boost on their part. He revealed that In line with the representative activities of the National Assembly, based on the comprehensive and rigorous engagement by the national assembly, the institute have trained phytomedicinal practitioners in at least 10 states across the nation.

He further made it known that every geopolitical zone has been reached with the support of the National Assembly and with appropriate funding, to do this in the entire 36 states of the federation

The Chairman of House of Representatives Adhoc Committee on COVID-19, Dr Haruna Maishalia appreciated NIPRD on the appropriate utilisation of the fund in less than six months.