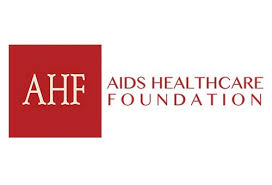 Dr Kema Onu, the FCT Coordinator, AIDS Healthcare Foundation (AHF), says effective testing for HIV is strategic in reversing the trend of the epidemic in the country.

He told newsmen on Monday in Abuja that conducting mass test was not only key to ending HIV, but a roadmap in achieving the UN Joint Programme on HIV (UNAIDS) vision 95-95-95.

The medical practitioner reiterated the need for local production of testing kits to genuinely win the fight against HIV.

He maintained that with concerted efforts between international partners and the Federal Ministry of Health, the vision 95-95-95 would be realised.

Onu, who appealed for synergy between stakeholders to end the HIV scourge, said consistent supply of tests kits and drugs was imperative.

He described HIV as another pandemic in the COVID-19 pandemic which was also ravaging the world, including Nigeria.

According to him, all hands must be on deck realistically to lift the burden out of the country through testing.

Reports state that vision 95-95-95 is a projection by the UN Joint Programme on AIDS aimed at ensuring 95 per cent of persons are tested, 95 per cent know their status, 95 per cent placed on drugs and 95 per cent achieve viral suppression.