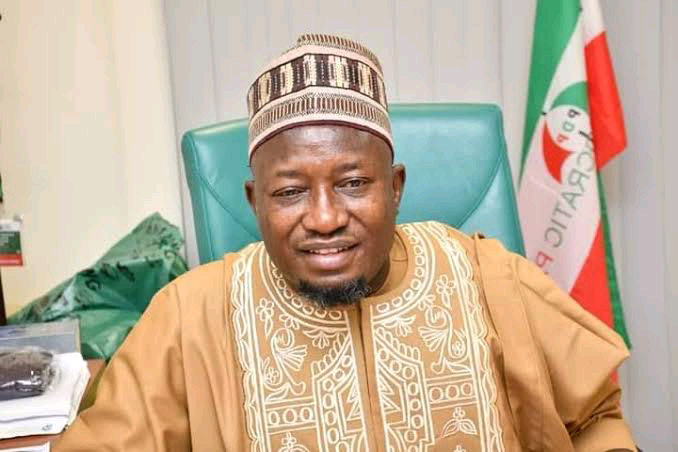 Dr. Ottah Agbo in a statement by his Media Adviser, Mr Andrew Agbese, said the development agrees with his position that the NDLEA under Marwa has remained one of the shining lights of the Buhari administration which has brought positive image to Nigeria.

While urging other agencies to borrow a leaf from the NDLEA, the Feed Back Lawmaker who Chairs the House Committee on Narcotic Drugs calls on the Federal Government to crown Marwa with the highest honour of GCFR!

“In spite of the security and economic challenges in the country, the NDLEA under General Buba Marwa (retd) stands out as one of the bright spots of the President Muhammadu Buhari administration, bringing glory and shoring up the image of Nigeria.

“I have previously described Gen. Marwa as the new Sheriff in town who knows his onions going by the series of successes he has recorded in fighting the menace of drug abuse/ trafficking but this recent feat which has been described as the highest cocaine seizure with a worth of over 278 million dollars has proven that his past achievements were not by accident but through thorough planning, clinical execution and due to his incorruptible disposition.

“Marwa’s leadership of the NDLEA is a typical case of having a round peg in a round hole and I must say that we at the House of Representatives are proud to be associated with the good work the NDLEA chairman and his team are doing.

“It it based on these feats that I shall move a motion on the floor of the House for the NDLEA chairman to be specially recognised and commended for the good work he is doing which has not only served to shore up the image of the current administration but that of the country as well.

“I also call on the Federal Government to crown Marwa with the highest honour of GCFR to encourage other agencies to borrow a leaf from the NDLEA boss to put in their best in the discharge of their duties.

“The NDLEA is once again assured of the cooperation of my committee, the House Committee on Narcotic Drugs, to see that it gets better funding and other logistical support to make it more efficient and effective in the discharge of its duties.”

“Conratulations Sir, for this wonderful gift you have chosen to give Nigeria just a few days after your birthday anniversary.”