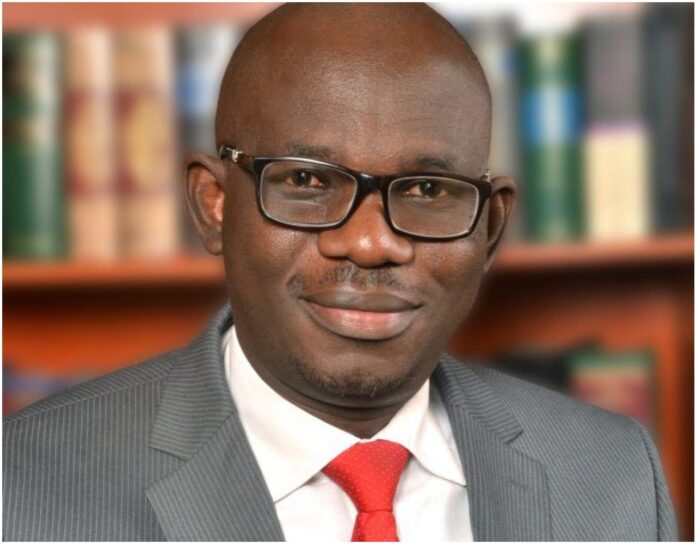 Ogun State House of Assembly on Thursday, confirmed the appointment of Mr Oluwasina Ogungbade as the new Commissioner for Justice.

The Governor of the State, Prince Dapo Abiodun had earlier forwarded for approval the name of Mr Oluwasina Ogungbade as his nominee for the post of Commissioner for Justice and Attorney General following the resignation of former occupant of the office, Mr Akingbolahan Adeniran.

The approval of the house was sequel to the adoption of its committee’s report chaired by the Speaker, Olakunle Oluomo as presented by his Deputy, Akeem Balogun, who also moved the motion for its adoption which was seconded by Hon. Ganiyu Oyedeji.

The confirmation of the nominee was thereafter done through a motion moved by the Majority Leader, Yusuf Sherif, seconded by Hon. Abdul Bashir Oladunjoye and supported by the Whole House through a voice vote.

The Assembly had in the previous day screened the nominee during a meeting of the Committee of the Whole House chaired by Speaker Olakunle Oluomo, who also challenged him to ensure the immediate implementation of the State Law Reform Commission, 2021 passed earlier in the year.

The Speaker in company of other lawmakers maintained that the law was targeted at retaining the State in its pride of place through seamless review of the State’s operational laws in line with societal realities and global best practices.

They tasked the nominee to ensure that reforms were put in place to strengthen justice administration through seamless access to justice by the people, with a view to further decongesting all correctional facilities in the State.

In his response, Ogungbade stated that he was determined to ensure that every common man in the society had unhindered access to the justice, adding that he would aggressively explore all legal and administrative mechanisms including plea bargain to aid justice dispensation.

Meanwhile, the Speaker has commended the State Command of the Nigeria Police for its efforts in curbing crimes and criminality in the State, especially its recent break-through leading to the arrest of a five-man gang terrorizing communities in Ewekoro Local Government area, calling for sustained efforts in ridding the State of criminal elements.

The Speaker gave the commendation, while responding to the submission of a member representing Ijebu North 2 State Constituency, Hon. Dare Kadiri, who reported a case of recent kidnapping of a student in his constituency and the bad conditions of some of the roads in his constituency.

He also requested the State Ministry of Works to ensure application of palliatives on the bad portions of some of the roads within the State.