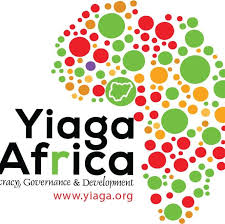 Yiaga Africa and the Not-Too-Young-To-Run Movement on Wednesday said they are set to equip young people to strategise to run and win elections in Nigeria.

Executive Director, Yiaga Africa, Samson Itodo  and Convener, Not-Too-Young-To-Run, said in a statement in Abuja that a conference — the third edition of the Convergence, was part of means to achieve the objective.

According to Itodo, the Convergence 3.0 is the largest gathering of young people running for elective office in the 2023 elections in South-West Nigeria.

It is aimed at empowering and preparing them to run successfully in the next general elections.

“The Convergence 3.0 is a space for emerging political leaders who are committed to transformational public leadership to reflect, engage and build generational solidarity in their quest to run for elective office.

“The conference is designed to equip young people with the knowledge, skills and networks for running effective political campaigns and winning elections.

“With the inspiration, knowledge, and solidarity the Convergence series provides, young people running for elective office will surmount the challenges of securing party nomination, money politics, and managing electoral operations.’’

He added that it would  feature experts drawn from academia, civil society, professional bodies, relevant tiers of government, political parties and the diplomatic corps.

He said that there would  also be conversation-styled sessions and master classes and clinics on several issues.

The Executive Director said that the  Convergence 3.0 would take place physically in Lagos  from Dec. 8-10, 2021, with online participation.

He said that the qualification criteria needed to apply for the Convergence 3.0 was that applicants should be between 25 and 40 years, should  be from any of the South West states and running for office in the South West.

Itodo said that applicants should also be  registered voters, registered member of a political party and they are to submit two letters of recommendation; one of which should  be from an official of their political party.

He said that the first  and second editions of the Convergence took place in Abuja, and brought together more than  400 young political aspirants from across Nigeria.