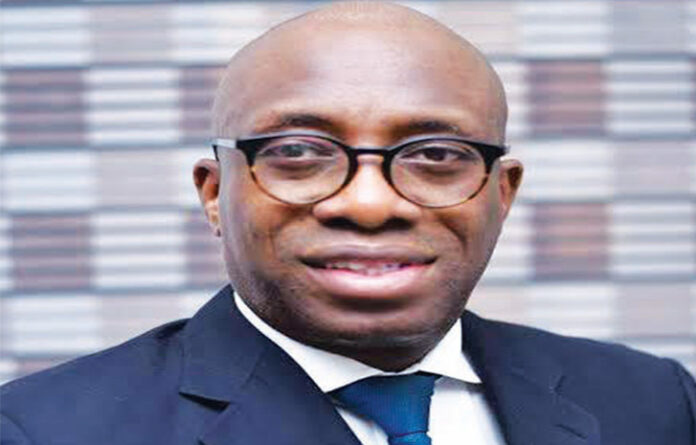 Otunba Segun Showunmi, a factional governorship candidate of the Peoples Democratic Party (PDP) on Monday met with some candidates of the party urging them to begin grassroots mobilisation for the success of the party ahead of 2023 general elections.

The meeting which was presided over by Alhaji Sotayo Shobayo had in attendance all the party candidates contesting for various offices in 2023 elections.

Speaking during the meeting held in Abeokuta, Otunba Segun Showunmi told the candidates and other leaders of the party of how they must work hard to deliver Nigerians from the hardship imposed on them by the APC government.

He urged the candidates who came from across the 20 local governments in the state to begin massive grassroots mobilisation for the party saying that the party could not again afford to dash hope of residents of the state who are nudging him daily for a desirable change.

Showunmi said he is sincerely set to redefine governance and in the state and therefore, requested that all hands must be on deck to ensure that PDP return to power both at the state and federal level in 2023.

Meanwhile, Showunmi in a monitored radio programme said the series of court judgement invalidating the primaries as conducted by Hon Sikirulahi Ogundele has just confirmed that he is on the right path with his litigation against the party.

He said while those on Hon Ladipupo Adebutu’s side are still struggling with the High Court judgement, he is already before the Supreme Court on the same matter adding that he was not only confident of victory after all the legal battles but also remains the bonafide gubernatorial candidate of the party for the state.

As the nation marks her 62nd Independence anniversary, Showunmi said though the country has plethora of challenges but its abundant potentials could be harnessed for a turn around for good, adding that “this is why people must make judicious use of their votes as another opportunity beckons in 2023 and vote only those with capacity to deliver on good governance and qualitative leadership”.