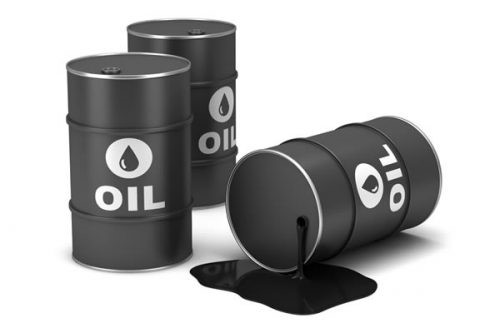 Nigeria’s oil production increased from 600,000 barrels per day to 1.59 million barrels per day  yesterday according to the Nigerian National Petroleum Company Limited (NNPCL).

Wunti also said the NNPC and its partners were making significant efforts with corresponding outcomes in the upstream oil sector. He disclosed that the company is bringing another American oil major to take part in the Bonga Southwest/Aparo Final Investment Decision (FID) billed to take place in 2024.

Also at the forum entitled, “Deepening Nigerian Content Opportunities in the Decade of Gas,” Waltersmith Petroman Oil Limited announced that the NCDMB would get its first dividend payment from its 5000 barrels per day modular refinery in Imo State by the end of the current financial year.

During the panel discussion, participants identified challenges facing the gas industry. These include insecurity, high operational costs, enabling fiscal policies and other such bottlenecks at front burner as the Nigeria Liquefied Natural Gas (NLNG) Limited, Shell, TotalEnergies and Chevron unanimously canvassed the need to address those problems to drive investments in the gas sector.

Speaking during the panel tagged “Defining the Requisite Roadmap for Increased Gas Production,” Wunti said the achievement of the 1.59bpd production yesterday was  a result  of the collaboration between NNPC, its partners, the private security contractors and other stakeholders in the industry.

He said that meant that a significant quantity of the lost production volume had been recovered, adding that it represented an average of about 250,000 barrels over the last six months.

Wunti said, “I like talking about outcome and matching the outcomes with the efforts. We do know that in January, our budget is 1.8 million barrels per day. I’m sure His Excellency has not been getting the money that he should get from the treasury because the budget was anchored on 1.8 million barrels.

“It degenerated somewhere in July, August to about one million barrels. I’m glad to say, with the collaboration of everyone of us and the private security contractor that we put in place, our production today is about 1.59 million barrels this morning. That means we have recovered significant quantity.

He, however, revealed that the company was bringing another American oil major to take part in the Bonga Southwest/Aparo Final Investment Decision (FID) billed to take place in 2024.

Bonga Southwest/Aparo is a conventional oil development located in deepwater in Nigeria and is operated by Shell Nigeria Exploration and Production Company Limited.

The project is currently in approval stage and is expected to start commercial production in 2026. The FID of the project was to be approved in 2022 and the development of the asset will involve the drilling of approximately 24 wells and includes Floating Production, Storage and Offloading  (FPSO) and subsea trees.

Production from the project is expected to begin in 2026 and is forecast to peak in 2027 to approximately 146,765 bpd of crude oil and condensate and 157 Mmcfd of natural gas. Based on economic assumptions, the production will continue until the field reaches its economic limit in 2059.

Also, the field is expected to recover 759.56 million barrels of oil equivalent (Mmboe), comprised of 644.86mbbl of crude oil and condensate and 688.17bcf of natural gas reserves.

“We’re bringing one American more to make it for Aparo. So we’re targeting the FID in 2024. Several other projects with Chevron, we hope to do the FID before the end of first quarter of 2023 – the Agbami Gas Project. All these are coming with significant gaseous hydrocarbon,” he noted.

“That increase is making Egbin and all the other power plants around Lagos very stable. And we’re making sure that all the efforts we make we can measure them. I was very excited when I saw Simbi putting the outcome versus the input. So in upstream today, we don’t look at only the input and the output, but we go all along to capture and commend the outcome,” Wunti added.

Delivering the sponsor’s keynote address, the Chairman of the Independent Petroleum Producers Group (IPPG) and Waltersmith Petroman Oil Limited, Mr. Abdulrazaq Isa, announced that the NCDMB, which is an investor in the 5,000 barrels per day Waltersmith modular refinery would be receiving its first dividend by the end of the 2022 financial year.

According to Isa, “After just 27 months of operations, NCDMB will receive its first dividend payment from the refinery for this financial year. We also forecast that by Q2 2023, the refinery will have paid off all its debt and commenced installation of another module of 5000 bpd.

“The Waltersmith Refinery which was enabled by NCDMB has been phenomenally successful.”

Isa also stated that the Minister of State for Petroleum Resources, Chief Timipre Sylva, had been instrumental in driving the Decade of Gas policy, which aims to unlock over three billion cubic feet of gas per day.

He added that this would create significant benefits for Nigeria by attracting Foreign Direct Investments (FDIs) in excess of $10 billion in addition to creation of millions of jobs across the gas value chain.

He posited that unlocking this gas potential within the decade would certainly involve big gas development projects, where the local content successes recorded on similar projects could be replicated.

He said the commitment of funds under the NCDMB’s commercial ventures partnership programme continues to stimulate investment and promote in-country capacity, adding that it was imperative that the role NCDMB had played through strategic investments and as a business catalyst on impactful projects were highlighted.

Isa maintained that the Waltersmith refinery was a notable example of efforts of the NCDMB to promote local content through active financial participation in businesses that have huge local values.

He disclosed that the refinery has enhanced value-add from the industry by increasing local refining capacity, creating employment opportunities, and delivering diesel, kerosene, naphtha and High Fuel Oil (HFO) into the domestic market.

In his remarks, the Executive Secretary of NCDMB, Mr. Simbi Wabote, revealed that the board has achieved 54 per cent local content retention level in the Nigerian oil and gas industry in 2022.

According to him, the push for Nigerian Content as envisaged in the agency’s 10-year Strategic Roadmap has continued to yield results in the last five years, pointing out that out of the 96 initiatives under the strategic roadmap, NCDMB has completed 77.

“Once again, this performance is well above the minimum target of 42 per cent NC set for 2022 by the Board’s Project Management Office (PMO) just like we outperformed the 38 per cent NC target set for 2021 by achieving 42 per cent Nigerian Content.”

He noted that the Practical Nigerian Content Forum was a flagship event of the Board which attracts major stakeholders in the oil and gas industry from across Nigeria.

“The event serves as an opportunity to showcase the practical investment opportunities and achievements by NCDMB in the Nigerian oil and gas industry and its linkage sectors.

“It also hosts senior government officials, heads of International and Indigenous Oil Companies, and exhibitions of industry products and services in the upcoming event.”

They listed such issues as insecurity, high operational costs, unfavourable fiscal policies and other such bottlenecks that make Investments in the industry especially achieving the Decade of Gad agenda difficult.