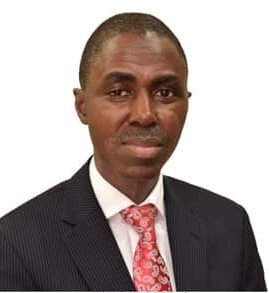 Nigeria Deposit Insurance Corporation (NDIC) has stated that the banking sector is now immunised to withstand shocks that may impact the economy and the financial system.

Mr Bello Hassan, Managing Director of NDIC stated this at a retreat for members of the Senate Committee on Banking, Insurance and other Financial Institutions with the NDIC, at Eko Hotels in Lagos.

Any change in fundamental macroeconomic variables or relationships that has a significant impact on macroeconomic outcomes and measures of economic performance, such as unemployment, consumption, and inflation, is referred to as an economic shock.

“The NDIC and the Central Bank of Nigeria have a very robust supervisory framework under the risk-based supervisory format the risk-based approach is actually proactive. For the most part, we try to anticipate all these risks – Macro, micro, domestically and globally – to address them continuously.

“So, it is so dynamic that we also are constantly on a real-time basis, monitoring the industry continuously and fine-tuning our supervisory tools, both onsite and offsite, to mitigate some of the challenges the banks may be facing,” said Hassan.

He went on to say that he was relieved that the Nigerian banking industry is currently resilient to most of these difficulties, particularly external shocks over which the Corporation has no control.

“We have tried to immunise the system to withstand shocks that may be impacting on the economy and the financial system,” Hassan said.

Senator Uba Sani, Chairman of the Senate Committee on Baking, Insurance, and Other Financial Institutions, said the retreat demonstrated progress in creating lasting and workable relationships in the national interest.

He said, “The National Assembly and NDIC are key institutions critical to the growth and development of the Nigerian economy. While we provide the legal and institutional frameworks, NDIC carries out its regulatory or supervisory responsibilities in order to safeguard the banking sector.”

He said, “Engagement of this nature gives us the platform to deeply look into our activities and responsibilities and also examine how far we have gone in carrying out our mandate as required.It helps in injecting fresh ideas into our operations which will materialise into an improved, effective and efficient service delivery to Nigerians.”

Sani, who was represented by Senator Olubunmi Adetunbi, believes that the outcome will aid in the strengthening of the financial and banking sectors, particularly the corporation’s supervisory and regulatory role.

The NDIC stated that over 97% of depositors at deposit money banks (DMBs) in the country would be completely protected by the N500,000 Maximum Insured Limit.