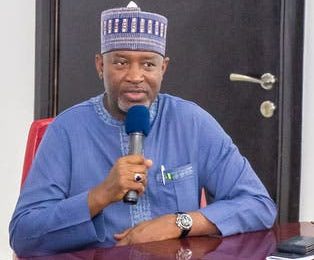 The Federal government  is set to create over70,000 jobs for Nigerians  through the operation of Air Nigeria planned to lick off in April 2022.

Earlier, the Federal Executive Council (FEC) had approved the commencement of the operations of much-awaited Nigeria Air.

Minister of Aviation, Sen. Hadi Sirika, made this known when he briefed with Ministers of Transportation, and Finance, Budget and National Planning, Rotimi Amaechi and Dr Zainab Ahmed, respectively, briefed State House correspondents on the outcome of the FEC meeting.

Yesterday’s Federal Executive meeting was presided over by President Muhammadu Buhari in the Presidential Villa in Abuja.

Sirika revealed that majority shares of 49 per cent of the Nigeria Air project would be owned by strategic equity partners, 46 per cent by Nigerians while the Federal Government would have five per cent of equity shares.

During his press briefing, the Minister further disclosed that FEC approved N1.49 billion for the provision of Automated Civil Aviation Regulatory Equipment to be located at Nnamdi Azikiwe International Airport.

In his words, “Today in Council, Ministry of Aviation presented two memoranda. The first one is approval for the award of contract for the provision of Automated Civil Aviation Regulatory Equipment, including the software support and training, which will be located at Nnamdi Azikiwe International Airport, Abuja.

“In summary, this is the software that will allow all of the activities of civil aviation regulations to be done electronically on one platform, including payments, follow-ups on personnel licenses, medicals, economic regulation of airlines, safety regulations of airlines and all other businesses within the envelop of civil aviation, will be monitored by this single software. So, that has been approved.

“This one also is the approval of the Outline Business Case for the establishment of the National Carrier. This is the sixth time the memorandum appeared before the council and sixth times got lucky to be passed by council.

“And then, 49 per cent will be held by strategic equity partners or partners will be sourced during the procurement phase, which is the next phase.’’

The minister revealed that the Nigeria Air, when operational, would generate over 70,000 jobs, saying “these 70,000 jobs, they are higher than the total number of civil servants that we have in the country’’.