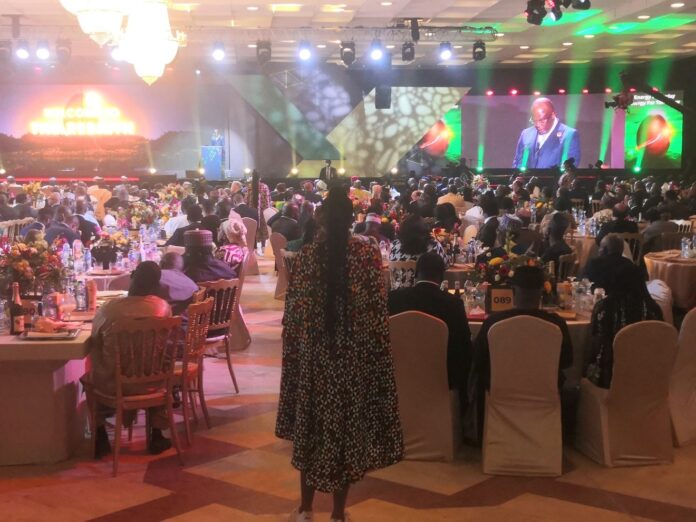 The Federal Government has described the new Nigerian National Petroleum Company Ltd (NNPC Ltd.) as a new dawn in the quest for growth and development of Nigerian oil and gas industry.

Chief Timipre Sylva, Minister of State for Petroleum Resources, made this known on Tuesday at the unveiling of NNPC Limited to the world at Presidential Banquet Hall, Abuja.

The NNPC Ltd will operate as a profitable commercial entity and declare dividends to its shareholders.

The company will demonstrate higher level of performance and accountability to continue to win the hearts of its over 200 million shareholders.

The unveiling of NNPC Ltd. is a new dawn in the quest for the growth and development of the Nigerian Oil and gas industry, opening new vintages for partnerships.

Sylva, in a remark said a new dawn was ushered into Nigeria’s oil and gas industry on August 2021 when the president signed the Petroleum Industry Bill into law, making it the historic Petroleum Industry Act 2021 (PIA2021), after two decades of dashed hopes.

“One of the magnanimous provisions of the PIA, is the transition of the NNPC into a fully commercial entity, which will be a Limited Liability Company incorporated under the Companies and Allied Matters Act (CAMA), to be known as the Nigerian National Petroleum Company Ltd., ” he said.

The minister, however, saluted the President for his unparalleled leadership, steadfastness and unalloyed support toward ensuring that the country’s oil and gas industry was on a sound footing to meeting the energy needs of a fast-changing world.

He recalled that while the country was waiting for the PIA, Nigeria’s oil and gas industry lost about $50 billion worth of investments.

He said between 2015 and 2019, KPMG states that “only four per cent of the $70 billion investment inflows into Africa’s oil and gas industry came to Nigeria even though the country was the continent’s biggest producer and the largest reserves.

He assured Nigerians that with the PIA assuring international and local oil companies of adequate protection for their investments, the nation’s petroleum industry was no longer rudderless.

“The PIA avails us the golden opportunity to strengthen our institutions, improve our regulatory and fiscal frameworks and attract the much-needed investments,” he said.

He commended the President for demonstrating unshakeable commitment of emplacing the entire Nigerian oil and gas industry on the path of growth, profitability and prosperity.

The Chief Executive Office of the NNPC Ltd., Malam Mele Kyari, in his welcome address said that the company was striving to be among the world’s leading energy company.

“This is a new day, a new era and a new opportunity to upscale our relevance in the global energy community as Africa’s largest energy company, endowed with the best human resources found anywhere in the world.

“NNPC Ltd is positioned to lead Africa’s gradual transition to renewable energy by deepening natural gas production to create low carbon alternatives and possibly change of energy at home and around the world.

“Our drive for organisational sustainability is hinged on our renewed commitments to partnerships that delivers to all; we aim to be the global energy company of choice,” he said.

Kyari further said that the new NNPC plan to have no fewer than 1,500 outlets from the existing 547.

“We have taken a strategic mandate to achieve energy security for our country by running an expansion plan to grow our fuel retail presence from 547 to over 1500 outlets within the next six months,” he said.