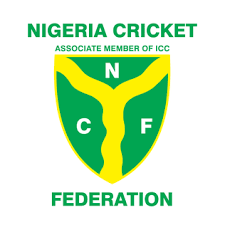 The Nigeria Cricket Federation (NCF) says it will ensure that only players within the age limit represent the country at the U-19 Division One World Cup Qualifiers.

Taiwo Oriss, Secretary of the Federation, gave this assurance while speaking with newsmen on Friday in Abuja, ahead of the team camp’s commencement on Monday.

The NCF had on Wednesday invited 36 players for five-day trials in Abuja in preparation for the tournament in October.

“The invitation is a trial to select the final 20 that will participate in the tournament.

“Nigeria are the hosts, and we believe early preparation is key to our success,” he said.

Oriss assured that the federation took time to screen the players and ensured that only those within the age limit were invited to camp.

“The Federation has a 100 percent control on that (against age cheating). We are reviewing their birth and school certificates.

“We don’t want to have an issue where the selection is poorly done and will bring the name of the country to disrepute,” he said.

The NCF official also added that the 36 players were selected from the National U-17 Cricket Championship in January, as well as the just-concluded National Sports Festival (NSF).

“The 36 players were drawn from the National U-17 tournament in Benin and the NSF where a few of the players were given the opportunity to represent their state in the festival.

“We noticed very amazing talents at the event. These tournaments produced the crop of the new Under-19 players we have now,” he said.

Oriss also said the best 20 players after the trials would begin close camping and travel for tours in preparation for the continental qualifiers.

Reports state that Nigeria emerged champions in the Division One qualifiers in 2019 and featured in her first-ever World Cup tournament in South Africa in 2020.