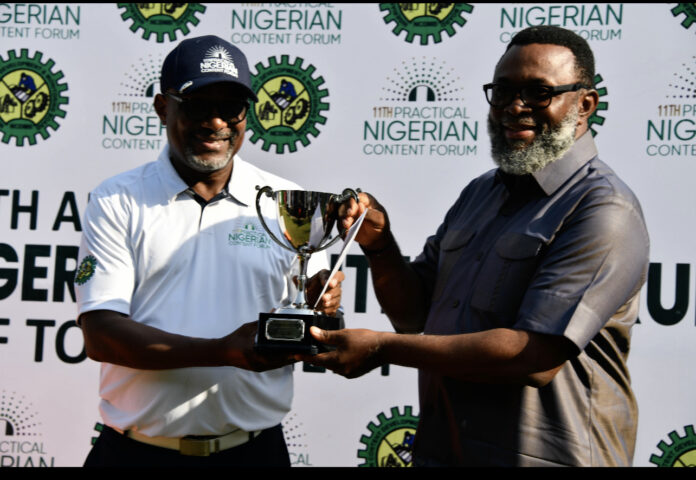 Golf was at its most entertaining on Monday at the Ibom Hotel and Golf Resort as industry captains of Nigeria’s oil and gas sector switched into play mode, hitting pitch shots the way only professionals do. Also there in the prize contest were senior citizens, golfers aged 60 and above, who slugged it out in the scorching sun, exhibiting energy, skills and talents that belied their ages.

It was Day One and the first event of the 11th Edition of the Practical Nigerian Content Forum, organised by the Nigerian Content Development and Monitoring Board (NCDMB). The oil and gas chief executives chose physical fitness exercise to begin the annual event at which opportunities for local content development and gaps in capacity development are highlighted and solutions proffered.

With the appropriate accessories and caddies, and shorn of executive paraphernalia and aura, the executives and seniors, numbering 72, stepped out after opening formalities for a contest that would take them through 18 holes. It began at 8:30 a.m. and lasted until about 2 p.m. Not even the intensity of the sun could weaken players.

At the end, results and prizes were announced. Overall winner was Mr. Onofiok Onofiok while Akan Udi won the seniors Men category. 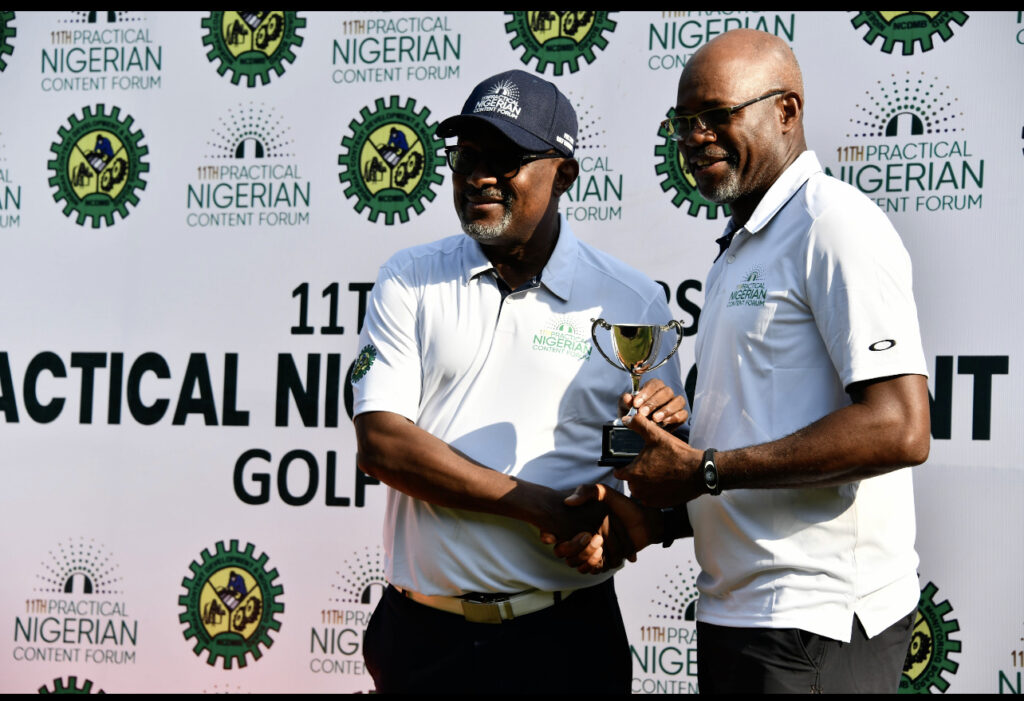 While sharing his thoughts on the tournament, the Executive Secretary, NCDMB, Engr. Simbi Wabote said the game is make participants at the conference happy and encourage fitness.

“Golfers all over the country are here to participate in the first day of the PNC event. This is the second time we are holding it in Uyo; and I guess for the next three days we are going to have the conference proper but the golf tournament is a precursor to the event itself.

Wabote reiterated that the support given by the Board to the game in Nigeria is also part of the local content drive. He noted that over 90 per cent of the golfers at the tournament were Nigerians which will further reinforce that the game can be played locally and internationally.

“As long as I remain the Executive Secretary (NCDMB) we would continue to have golf first day of all the conference we are involved in,” Wabote mentioned.

The conference continueson Day Two with an opening keynote address by the Executive Secretary, NCDMB, Engr. Simbi Kesiye Wabote (FNSE, FIPS), and a ministerial address by His Excellency, Hon. Timipre Sylva, Minister of State for Petroleum Resources, and Chairman, Governing Board of NCDMB. The Governor of Akwa Ibom State, His Excellency, Udom Gabriel Emmanuel, is also expected to deliver remarks, declaring the conference open.