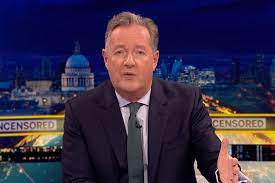 He said this while slamming BBC’s World Cup pundits, also accusing them of ‘fan-girling’ over Lionel Messi.

Morgan said that BBC pundits went overboard with their praise of the Argentina superstar after the 35-year-old helped his country beat Australia in the FIFA World Cup on Sunday.
Argentina has won all their matches since falling to Saudi Arabia in their opening match of the World Cup with Messi pulling the strings for the South Americans on each of those occasions.

The PSG forward showed his class in La Albiceleste’s 2-1 win over Australia in the Round of Sixteen.
The pundits on the BBC panel waxed lyrical about Messi’s performance in the Round of Sixteen clash and Morgan, who has developed a friendship with Ronaldo, accused them of swooning over the Argentina captain.

“The relentless Messi fan-girling by the whole BBC punditry team is getting excruciatingly obsequious.
“Getting worried one of them might have an ‘accident’ in the studio. Calm yourselves, lads.
“He had a good game against an average side. See how he does against a good team.”