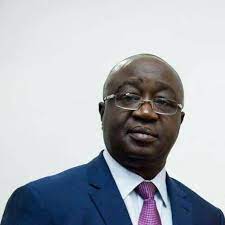 The Nasarawa State Government has expressed appreciation to the people of Doma for their sustained support to the APC-led administration in the state.

The Deputy Governor of the State, Dr Emmanuel Akabe, made the commendation in an interview with newsmen shortly after interfacing with various groups at his residence in Doma on Monday

Akabe highlighted the importance of interacting with the groups that came to identify with him and the present administration in the state under the leadership Gov. Abdullahi Sule.

He said that the exercise was aimed at assuring them of the government’s unwavering commitment to bringing even development to their doorsteps.

He also commended them for their unflinching support to the Sule administration, saying, ” such support will further propel the government to provide more dividends of democracy to the area”.

According to the deputy governor, the various groups, apart from visiting to express their unalloyed support to the government, also presented some of their demands.

He said government would look into them so as impact positively on their lives.

He urged the people to sustain the support to the administration beyond 2023, assuring them of his desire to place Doma community on an enviable pedestal.

Akabe then commended the formation and initiatives of some of the support groups, calling for unity of purpose and sincerity of hearts, as they forged ahead with their good plans.

They pledged their continued support to him and the State Government.