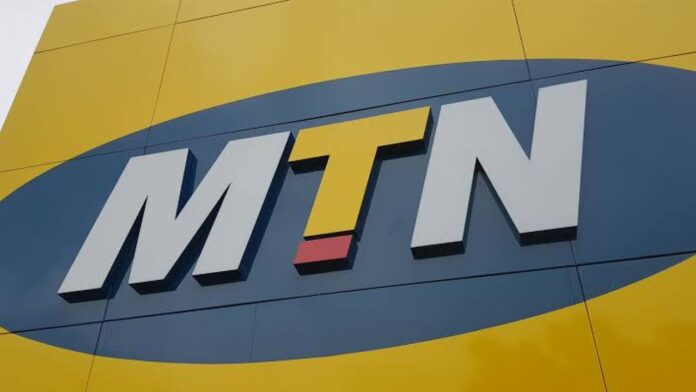 MTN Nigeria Communications Plc (MTN Nigeria) has announced its unaudited results for the half-year ended 30 June 2021, as well as plans to celebrate its 20th anniversary with numerous national impact projects with Fintech revenue rising by 48.2per cent, driven by increased adoption of Xtratime and core fintech services.

Speaking on the results, MTN Nigeria CEO Karl Toriola said MTN’s digital business continued to gain traction on the back of strong partner ecosystem and the uptake of MTN’s products and services.

According to him, “Digital revenue rose by 61.8 per cent, also supported by our rich media and value-added services. Our active user base rose by 38 per cent  to over 3.9 million, led by Ayoba – our instant messaging platform – with more than 2.3 million active users.”

He said the enterprise business revenue increased by six per cent demonstrating the continued recovery from the impact of the COVID-19 lockdown and the uptake of MTN’s services by the businesses its serve.

He said further, “We have made significant progress in concluding the operational modalities for the new pricing framework for USSD services, which incorporates the recovery of outstanding USSD debts.

“We continue to pursue and realise efficiency through cost discipline and enhanced digitisation. However, due to an accelerated site rollout, the effects of Naira depreciation on lease rental costs and COVID-19 related expenditure, operating expenses increased by 24.6 per cent.

“Our continued ability to drive operating leverage helped to drive EBITDA growth to 27.6 per cent, with a 1.4pp expansion in our EBITDA margin to 52.7 per cent.

“Service revenue grew by 24.1 per cent YoY, driven by the sustained growth in data and also partly due to the lower base in comparative 2020 voice revenue that resulted from lockdowns during that period.

“Voice revenue grew by 13.1 per cent, benefitting from an 11.8 per cent increase in traffic and our customer value management (CVM) initiatives.

“The impact on voice revenue from the industry-wide suspension of new SIM registration was partly offset by higher usage in our active SIM base as well as migration to a higher quality of experience.

“Data revenue continued the positive momentum from H2 2020, rising by 48.3 per cent. This was driven by increased usage from the existing base, supported by the acceleration in our 4G rollout and enhanced network capacity following the acquisition and activation of additional 800MHz spectrum in Q1.

According to him, capital expenditure in the period was 39.1 per cent  higher to N186.4 billion, as MTN continued to invest in its network to maintain service quality and aggressively expand footprint in terms of 4G and rural coverage.

“We recorded a healthy free cash flow of N230.8 billion, up by 19.6 per cent. Despite a 50.6 per cent increase in core capex excluding right of use assets to N114.5 billion, capex intensity remained within target levels at 14.5 per cent.

“Depreciation and amortisation rose by 17.1 per cent and net finance cost was down by 9.8 per cent, resulting from a lower average cost of borrowings. Overall, we recorded a PBT growth of 54.1 per cent, also reflecting the softer base of H1 2020.”