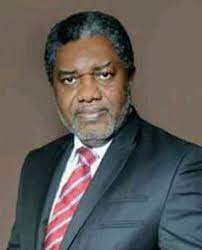 Nwadike stated this while speaking on Thursday, in Lagos. He said that street urchins often demand to be paid land fee (Owole), before any film production would commence.

According to Nwadike, this has become a thing of great concern to him and his colleagues in the industry.

He, however, suggested that the Lagos State government could empower registered film makers with some form of documentation to be presented to street urchins while on location.

“It is not only me, a number of my colleagues who are film makers in Lagos State experience disturbance from these street urchins.

“This has always discouraged most film makers in Lagos.

“These street urchins usually impose some amount of money on us to pay, if not, they threaten to destroy our cameras. They are always armed with knives and other harmful objects.

“They threaten to attack us viciously, this is so scary and it is affecting the tourism industry growth.

“I call on the Lagos State Ministry of Tourism, Arts and Culture, and the Lagos state Film and Video Censors Board to wade into this issue because it is really affecting film makers’ business in Lagos.

“It is a sad development. Filmmakers should be given some documentation, which would enable us operate freely without being interrupted or disturbed by these so called street urchins,” Nwadike said.