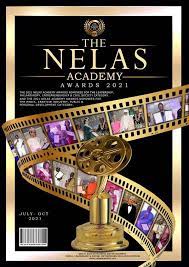 The Nelas Academy Awards, popularly known as Nollywood Excellence and Leadership Awards, will honour 50 influential entertainers and media entrepreneurs from Europe and Africa during their forthcoming 16th edition.

The President and Founder of the academy, Mr Frank Ikegwuonu, stated this when he spoke with the Newsmen in Lagos on Friday.

Ikegwuonu, speaking on the benefits of the forthcoming event, said that it would provide an independent endorsement to stakeholders and organisations working mostly in the media, events and in the entertainment industry.

“The Nelas Academy Awards will be celebrating its 16th edition with the publication of the 50 top most influential ShowBiz and Media Entrepreneurs from Europe and Africa.

“The award is designed to recognise and celebrate individuals who had distinguished themselves by using their position of leadership to motivate and lift those working with them.

“One of the benefits of The Nelas Academy Awards is that it also motivates the up-and-coming artists in the media and the entertainment industry.’’

He added that the academy would, through the award, help to boost the confidence of the most committed ones so that they could perform better in the industry, “he said.

Ikegwuonu said: “The Nelas Academy Awards will also celebrate youths who had contributed to the development of the media and the entertainment industry.

“Youths of this generation have a lot of stories to tell through movies and television programmes.

“They have a lot of messages to share through music presentations and a forum like this will recognise them.’’

He advised organisers of awards and events to always recognise awardees based on their characters and not the size of their pockets.

“Awards and ambassadorial presentations should only be given to persons of impeccable character, whose ideas, contributions and commitments should have been noted and analysed.

“Awards should not be given to controversial personalities with controversial lifestyles, especially, when they have negative influence on the society.” he said.

Reports state that the 16th edition of The Nelas Academy Awards, holding on Oct. 24, would attract media and entertainment entrepreneurs from different parts of the world to Nigeria.