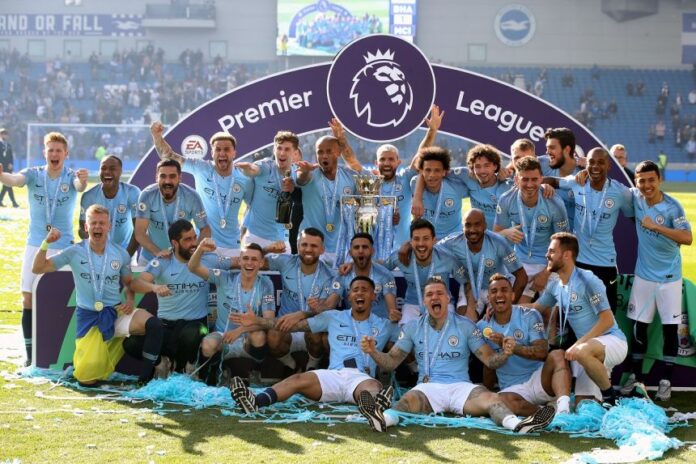 Manchester City were crowned Premier League champions for the third time in four seasons after Manchester United crashed to a 2-1 defeat against Leicester on Tuesday.

Pep Guardiola’s side are 10 points clear of second-placed United and have wrapped up the title with three games to spare.

City, top-flight champions for the seventh time, have aready won the League Cup this season and can secure a treble if they beat Chelsea in the Champions League final on May 29.