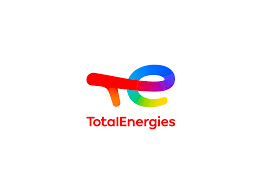 TotalEnergies says its investments in Nigeria will tend more toward renewable sources of energy as the company moves to become one of the world’s top five in renewables by 2030.

It was reported that Mrs Bunmi Popoola-Mordi, the Executive General Manager, Total Country Services, made the disclosure on Wednesday at a virtual news briefing.

Popoola-Mordi said Total had on May 28, 2021 transformed into TotalEnergies as an active player in the global energy transition and its commitment to combating climate change.

She said the company would be investing about 60 billion dollars in renewable projects to be financed over 10 years.

Popoola-Mordi noted that Nigeria is very vital to TotalEnergies operations and would receive some parts of the funds to accelerate the energy transition.

She said as part of the transition, TotalEnergies would soon begin the rebranding of all its filling stations across the country to reflect the new name, logo and direction.

Popoola-Mordi said: “Energy is life. We all need it and it’s a source of progress to contribute to the sustainable development of the planet facing climate challenge.

“We are moving forward together toward new energies. Energy is reinventing itself, and this energy journey is ours.

“Our ambition is to be a world-class player in the energy transition. That is why Total is transforming and becoming TotalEnergies.

“This new name and new visual identity embody the course TotalEnergies has resolutely charted for itself.

“TotalEnergies is a broad energy company committed to producing and providing energies that are ever more affordable, reliable and clean.”

Also, Mr Charles Ebereonwu, Country Communications Manager, Total Companies in Nigeria, said Total is operating in about 130 countries and had been in operations in Nigeria for more than 60 years.

Ebereonwu noted that Nigeria is central to TotalEnergies transition due to its abundant gas resources and sunlight for solar projects.

He said 77 TotalEnergies filling stations had been solarised already, adding that the company would also key into the Federal Government’s Decade of Gas Development initiative to further drive the objective.