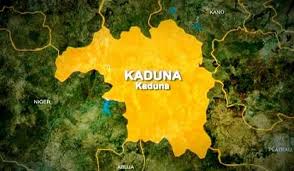 She made the declaration while addressing the 12th Kaduna State Council on Health meeting in Kaduna on Tuesday.

The Under-five mortality rate for Kaduna State at 127 per 1,000 births in 2021 was the lowest in the Northwest geopolitical zone, she said.

The commissioner noted that the rate was, however, slightly higher than the national average rate of 102 per 1,000 births.

“There was a general improvement in most of the reproductive, maternal and child indicators and Kaduna State performed better than all the states in the Northwest zone in Under-five mortality rate.

“Percentage of one-year-olds who had received three doses of the combined diphtheria, tetanus toxoid and pertussis vaccine (Penta3) in Kaduna State improved from 26.5 per cent in 2017 to 60 per cent in 2021.

“Kaduna State was recognized as the most improved state in the Northwest zone in immunization against diphtheria, tetanus toxoid and pertussis (Penta-3) in 2021,’’ she said

The National Bureau of Statistics conducted a Multiple Indicator Cluster Survey (MICS) in 2021 as part of the Global MICS Program where it rated immunization coverage in states of the federation and the FCT.

The commissioner said council members would approve various strategies to facilitate the attainment of the state’s goal of ensuring that residents have access to quality and affordable healthcare without financial catastrophes.

Mohammed-Baloni also told the meeting that the health system assessment in the state showed that there were still concerns about service delivery, medicines and vaccines and health financing.

She noted that the state government established the Health Management Authority to ease the burden of payment for health services in the state.

“The state earmarked 1 per cent of its Consolidated Revenue Fund to cater to vulnerable population and so far, 496,752 residents have been enrolled into the scheme.

“The state has also been allocating above 15 per cent of its budget to health since 2017 in line with the 2001 Abuja declaration with an average of 67 per cent budget performance over the last six years,’’ she said.

Mohammed-Baloni urged health sector actors and managers to critically reflect on how to re-strategize, re-program, refocus and re-energize to achieve universal health coverage in the state.

The Kaduna State Council on Health has the responsibility to guide and advise government on matters relating to health.

It meets annually to review the sector’s performance, identify challenges and proffer corrective actions that would ensure provision of quality healthcare services.

The theme for the 12th meeting is: Health system strengthening: Key to achieving universal health coverage in Kaduna State.