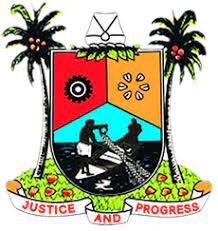 The Permanent Secretary, Lagos State Primary Health Care Board (LSPHCB), Dr Ibrahim Mustafa, disclosed this in a statement on Sunday in Lagos.

The News Agency of Nigeria (NAN) reports that Nigeria was certified Wild Polio Virus (WPV) free on Aug. 25, 2020, after three consecutive years of reporting no case of WPV.

Mustafa, however, said some countries still transmitted the wild polio variant, which had been on increase in some states across Nigeria due to low routine immunisation coverage.

He noted that the campaign was necessary to prevent a setback in the country’s laudable achievements, and critical to maintain the country’s polio-free status, following the certification received in August 2020.

According to him, the campaign will take place between Jan. 21 and 24 in all Local Government Areas and Local Council Development Areas of the state.

“The campaign aims to vaccinate all children, aged 0 to five years, with two drops of the oral polio vaccine, regardless of their previous vaccination status to prevent poliomyelitis that may result in paralysis of the limbs or death,” he said.

He said that vaccination teams would visit residential homes, schools, Churches, Mosques, gated estates, and all public places where eligible children could be found.

“In view of this, we solicit all parents, guardians, community leaders, pastors and imams to ensure that all eligible children are vaccinated during the campaign in all our communities,” he said.

Mustafa added that routine immunisation services would be available at the primary health centres during the campaign.

He advised that all children under the age of two years must complete their routine immunisation as scheduled, saying that immunisation was effective, safe and free.