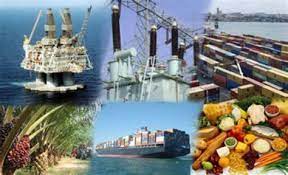 Some financial analysts have urged the Federal Government to harness opportunities in the non-oil sector to enhance the nation’s revenue and discourage the need for more borrowings by the country.

They said this in separate interviews on Friday in Lagos.

The Chief Executive Officer, Ogu Investment, Mr Mosses Igrude, advised the federal government to put more effort in ensuring that the agriculture  sector and its value-chains shore up revenues for the government.

“The government should improve the insecurity headwinds and begin to harness the enormous prospects in cash crops produced.

“Cash crops, when properly harnessed, is a veritable money spinner that can change our revenue profile, and the essence of incurring more debt can be abetted,” Igbrude said.

He noted that the federal government could grant more incentives to the mining sector,  to ensures it contributes adequately to the country’s fiscal revenues.

Igrude also said that the federal government could also tackle the headwinds associated with crude oil theft to boost the nation’s earnings.

He said, “Ending permanently oil theft in the Niger Delta region is imperative, to address our fiscal revenue challenges. So, the need for the country to be into much debt will not occur.

“It is worrying that this stage of our development our authorities cannot effectively secure our vital investment assets within our waters.”

Also, the President Progressive Shareholders Association of Nigeria (PSAN), Mr Boniface Okezie, said the federal government could focus more on reducing its borrowings and be conscious of how it expends recovered corrupt funds.

“They are hundreds of billions of Naira claimed to have been recovered by the anti-corruption agencies of government.

“The authorities can begin to allocate  such funds to meet competing demands of the society, so long it has no legal challenges associated with such funds,” Okezie said.

He noted that the current administrations should take conscious effort in ensuring it reduces the need for more debt as the current government wind down next year.

“We expect the government to ensure it stops all the leakages in the economy and intensify the fight on insecurity in the country.

“Then the regimes successor will initiate policies that can spur growth because government is a continuum,” Okezie said.

“Diversifying the economy will enable other productive sectors to effectively improve government revenue.

“Then, our economy can grow such as other developing ones, which are not reliant on single primary produce,” he said.

He noted that the tiers of government should endeavour to reduce the high cost of governance which also has negative impact of the nation’s revenues.

The nation’s total public debt stock, representing the domestic and external debt stocks of the federal government and the 36 state governments and the Federal Capital Territory, was N42.84 trillion ($103.31 billion) as at June 30.