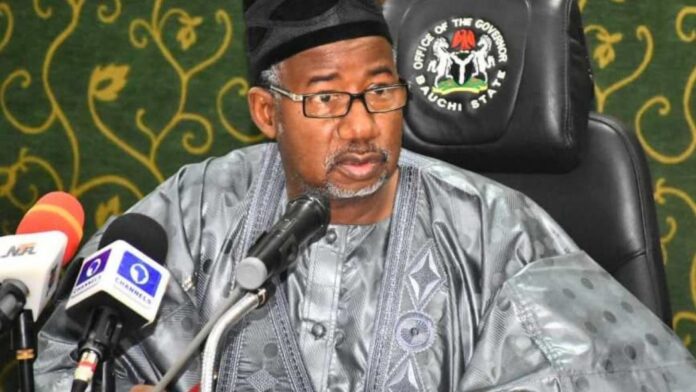 The Governor Mohammed Bala-led administration says it has constructed and rehabilitated 199.7 kilometers of township and intercity roads in Bauchi State since assumption of office two years ago.

Media Aide to the Governor, Mouktar Gidado, disclosed this in a statement to mark the second anniversary of Gov. Mohammed’s administration in the state.

He said that Mohammed’s people-focused projects and programmes were executed in line with his “My Bauchi Project” enunciated during his inauguration on May 29, 2019.

These projects and the construction of another 11 township roads in Bauchi metropolis are at 90 per cent completion, Gidado said.

Gidado said the 13.5 km Warji- Gwaram road project links Bauchi State with Jigawa, while the 11.6km Bogoro to Lusa and Malar as well as the 11.2km Boi to Tapshin road projects links communities in the two LGAs of Bogoro and Tafawa Balewa with Plateau.

According to him, the present administration has also dualized the 17.7 km Giwo Academy to Abubakar Tafawa Balewa Airport and the 7km Awalah roundabout- Adamu Jumba Road linking DogonYaro roundabout and Zaranda Hotel.

The 24.5km Itas to Gadau linking the two major cities in ItasGadau lga and the 15km Arinja- Balma as well as the 2.5km Nasaru township road were also under construction, he said.

According to him, hundreds kilometres of road projects are currently ongoing or completed in rural communities designed to open up the state, link communities and ease movement of produce to the markets.

The administration has also commenced the construction and installation of 1,120 motorised boreholes across its 20 local government areas, which are now at 85 per cent completion, Gidado said.

In order to block leakages in public finances, more than 2,116 ghost workers, including 100 doctors and 120 health workers, were purged in a verification exercise designed to sanitise the civil service as well as promote probity and transparency in governance.

“There is collusion between the beneficiaries and staff members to the extent that the software we are using has been opened to a lot of manipulations, therefore, we cannot rely on it,” the governor had said.

He said that for the first time in 12 years, Gov. Mohammed successfully conducted local council elections within the first year of his administration to promote inclusiveness in governance at the grassroots.

“This is the only way we can show and deepen democracy in Nigeria as we all know that, caretaker system is not democratic and is unconstitutional, but we have to fill in the vacuum,” the governor had said.

To cater for the housing needs of it’s more than seven million populations, Mohammed initiated the New Bauchi City, involving the construction of 2,500 housing units of 3 and 2 bedrooms flats across the state.

Gov Mohammed is also building a befitting Government House in Bauchi at a cost N6. 2 billion to leave good legacy and landmark for successive government and people of the state.

Among facilities in the new Government House are International Conference Centre, Governor’s residence and residences of key staff, Gidado said.

On health, he said that 43 PHC facilities were renovated, while 204 PHCs spread across 10, out of the 20 local government areas, were upgraded and stocked with medical consumables in collaboration with UNICEF and World Bank, respectively.

Also, a total of 350 out of the 1,000 commercial tricycles promised by the administration have been procured and delivered to empower the youth in place of the banned commercial motorcycles in the state.

According to him, the government is negotiating a public private sector intervention to revamp the Galambi Cattle Ranch, Gubi and Madangala Dairy Farms as well as the Bauchi Meat Products Company.

To this end, the state government is collaborating with Matli Holdings Group, a South African conglomerate, in revamping these entities and attracting investors into the state’s agriculture, education, health and tourism sectors.

On security, Gov. Mohammed recently procured 50 JAC pick-up operational vehicles at the cost of N759.5 million and distributed to both conventional and non conventional security agencies to beef up security in the state.